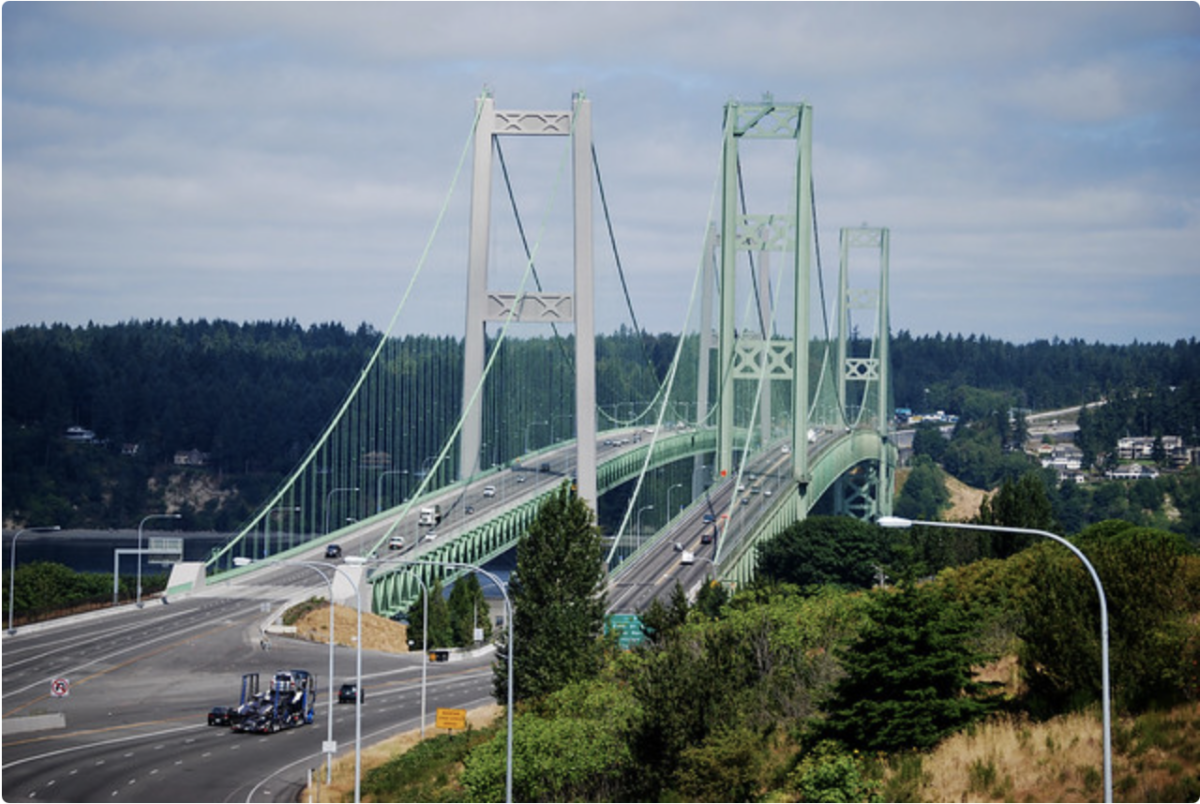 Ditching tolls on Narrows Bridge gets downgraded to cheaper tolls

Sen. Emily Randall’s ambitious election-year plan to end tolls on the Tacoma Narrows Bridge with a $772 million infusion of cash from the state’s general fund got a significant haircut Monday in Senate Transportation.

Senate Bill 5488 now calls for spending $130 million over the next 10 years to reduce the tolls by 75 cents. Crossing the bridge in a two-axle vehicle currently costs $5.25 if you have the GoodToGo doohickey behind the mirror.

Building the second bridge over the narrows relieved some really ugly traffic congestion, but saddled the folks who commute across the bridge from Gig Harbor and other points on the Kitsap Peninsula with some $1,300 in annual toll costs. As Randall argued, that’s a heavy burden for low-income workers. But getting rid of it would have been makes-friends money across the political spectrum.

If the downgraded bill passes, it will represent a partial win for Randall, D-Bremerton, who faces a tough challenge from Rep. Jesse Young, R-Gig Harbor in the 26th District this year.