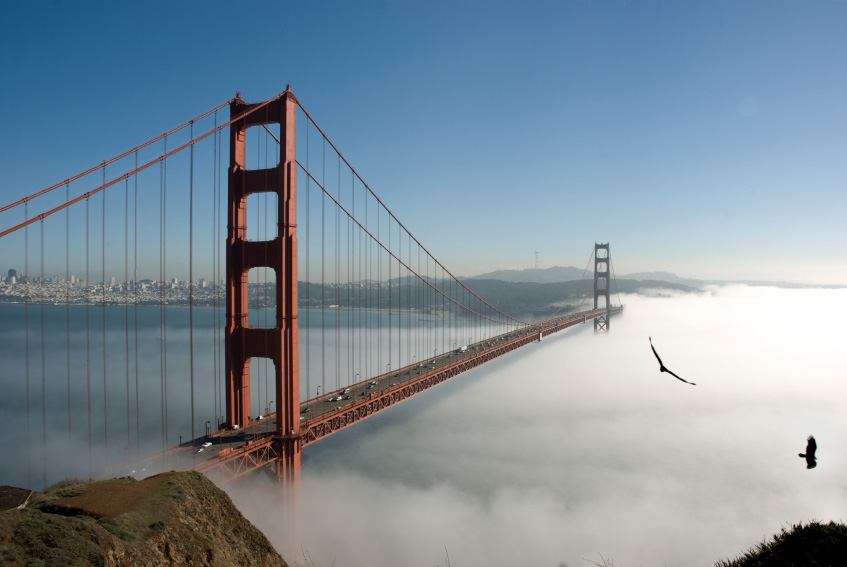 California has the eighth-largest economy in the world, with gross domestic domestic product of $2.2 trillion in 2013. It had 483.3 million metric tons of carbon emissions statewide, but its cap-and-trade program, which forces polluters to pay to emit, is estimated to generate $850 million in 2014-15.

Washington state’s GDP was $381 billion two years ago and it had 91.7 million metric tons of carbon in 2011, the last year figures were available. But the cap-and-trade proposal put forth by Gov. Jay Inslee is estimated to generate $1 billion annually when it kicks off in 2016.

Why is that? California has been providing about 90 percent of the permits to pollute carbon for free. That means lower costs for industries that could suffer a competitive disadvantage, and helps ease them into compliance with the program while still cutting their carbon emissions, said Dave Clegern, a spokesman with the state’s Air Resources Board.

Inslee’s proposal doesn’t do that. There aren’t any free allowances, as they’re known, meaning the affected businesses will get hit with the higher costs as soon as the auctions begin. That means the state can generate more money from the cap-and-trade auctions, where firms can swap the allowances on a market at a certain price per metric ton. The state derives funding by taking a cut of the proceeds.

Inslee’s proposed legislation has a hearing set for 1:30 p.m. Tuesday afternoon in the House Environment Committee, and a rally will be held on the Capitol campus at 11 a.m. to kick off a new clean energy and jobs initiative. 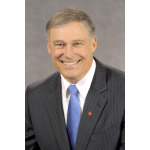 The argument against giving free allowances is that it tempers the market and makes it cheaper to pollute. The point of a cap-and-trade system is reduce the “business-as-usual” baseline of carbon emissions to lower levels, said Kristin Eberhard, a researcher with the Seattle-based think tank Sightline Institute.

The price on carbon is an effective deterrent against polluting, and businesses and industries have to get their emissions below the legal cap, or else face heavy fines.

“The drawbacks are by giving them away for free, you’re actively blunting the price signal that you’re trying to send,” Eberhard said. “(Not using) free allowances is one of the things that kind of sets his program apart.”

But does that make it too tough to comply? Firms that can’t under the cap could see fines start to pile up of $10,000 per day, under Inslee’s proposal. Brandon Houskeeper, a government affairs director with the Association of Washington Business, said the free allowances look good in theory, but he compared it to an adjustable rate mortgage —cheap at first, but the years of easier payments doesn’t do much to lessen the total amount due.

“In California, they eased into it,” Houskeeper said. “They more or less had a phase in over time. Folks realize what free allowances are. At the end of the day you will have to conform with these costs.”

Houskeeper said he’ll be among panelists to testify Tuesday in opposition to cap-and-trade, arguing the system is the wrong approach for Washington state to take, as the steep costs to comply would hamper economic growth.

Starting this year, California now has the broadest cap-and-trade program in the U.S., covering 85 percent of all emissions statewide. Eight states in the northeastern U.S. have had a cap-and-trade system longer than California, but theirs focuses on fossil-fuel burning power plants only.

A cap-and-trade program works like this: In California and under Inslee’s proposal for Washington, a hard, legally enforceable cap is established on industries or entities who generate more than 25,000 metric tons annually. In California, the cap started at 90 percent of a firm’s “business as usual” baseline emissions and decreases from there. Washington hasn’t decided what that target will be yet.

Firms are then given allowances they can buy and sell —the “trade” of cap-and-trade — on an open market through an auction process. If you can’t cut your emissions enough? Buy allowances on the market that will bring you under your target, otherwise you’ll face penalties for exceeding the limit.

California’s cap-and-trade program started at covering 35 percent of its emissions, or about 300 entities that emit more than 25,000 metric tons of carbon each year. In the first year of auctions between 2012 and 2013, it generated $533 million.

Emissions increased by 500,000 metric tons in 2013, which was attributed to economic and population growth, according to an article in the San Diego Union-Tribune. A steeper increase in emissions was seen in 2012, due to the closure of the San Onofre nuclear plant and lower output from hydroelectric dams due to dryness. Utilities switched to natural gas as a result, according to the article.

This year, the numbers ratchet up to 85 percent of all emissions covering about 600 entities, and includes tailpipe emissions from vehicles, which means fuel distributors now have to pay. But, the California Air Resources Board will keep 60 percent of the allowances free of charge through 2020, according to the state’s Legislative Analyst’s Office, a nonpartisan research arm of state government.

The amount of money that brings in varies wildly, depending on the price per ton of carbon generated at the auctions, which happen five times each year. The floor price is $10, the “ceiling” is $40. Economists estimate it will be within $12 to $15 per ton over the next five years. That would net $15 billion, or $3 billion annually, through 2020.

In Washington, everybody on the list, and it’s more than 100 entities now, would have to pay starting in 2016, according to the draft legislation. That will bring in more revenue at a steeper cost to industry, relative to California. Inslee plans to spend 80 percent of the funds on schools and transportation projects.

If Washington follows California’s playbook, the reach of cap-and-trade would expand gradually to include transportation. In pushing for cap-and-trade, Inslee has argued that unless the state acts, it will miss the carbon-emissions reductions targets set out in statute for 2020, 2035 and 2050, with worsening air quality.

“This program is not presented as a revenue generator,” said Clegern of the California Air Resources Board. “It was to our benefit to incentivize compliance.”

KC Golden of Climate Solutions, a strong supporter of Inslee’s push to implement cap-and-trade, said he believed the governor has achieved a balanced program.