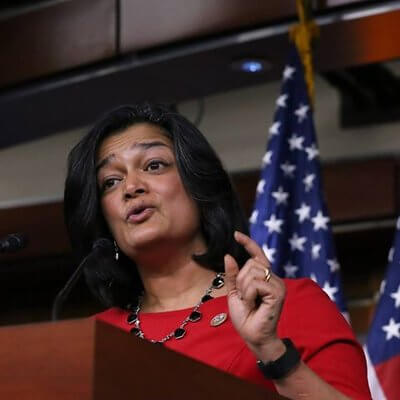 Congresswoman Pramila Jayapal has introduced the State-Based Universal Health Care Act of 2018. The bill would allow states to create their own laws and implementation plans for achieving universal coverage, or a “Medicare for All” system.

“The Trump administration is on a mission to strip health care away from millions of people, and now, with the latest news about the uncertain future of coverage of pre-existing conditions, it is clear that our current health system is peril,” said Rep. Jayapal. “We need to make a change so that all people—regardless of race, age, gender, socioeconomic status or any other factor—are able to access lifesaving care. That’s what the State-Based Universal Health Care Act is all about—serving the people. States have always been at the forefront of innovations that work for their residents, and this bill puts that principle to good use by giving the people who seek medical access a strong voice in the future of their care. Expenses like chemo, check-ups and complex surgeries aren’t optional, so they must be affordable. It’s time for a change.”

The bill would replace the existing law for 1332 State Innovation Waivers under the ACA. Current 1332 waivers would be grandfathered until their expiration dates. Under Rep. Jayapal’s bill, states could apply for a 1332 waiver to implement state administered health plans.

Under the state-based plans, 95 percent of residents must be covered and no more than five percent of the state’s residents could spend more than 10 percent of their annual income on coverage. The benefits provided by the states would have to be equal to what beneficiaries receive now through federally administered plans.

States would have to achieve these targets within five years, and then would be required to create a plan to cover the remaining uninsured population. States that do not meet the targets would have six months to meet them, or the waiver would be terminated.

The state plans would replace all current forms of health coverage for all state residents, except for individuals who are eligible for benefits through the Indian Health Service, the VA, and military treatment facilities. However, individuals would still be permitted to purchase supplemental insurance.

The Secretary of Health and Human Services would not evaluate the proposals. Instead, proposals would be evaluated by an independent assessment panel made up of seven appointed health care experts and officials in order to “minimize political interference” according to Congresswoman Jayapal’s press release.

“In order to combine streams of funding, provide flexibility and allow for states to offer comprehensive universal health care, provisions in law that are waived pursuant to this bill include: (1) the requirements for the establishment, creation and maintenance of health benefit exchanges; (2) cost-sharing reductions under the ACA; (3) premium tax credit and employer mandate under the ACA; (4) Medicare; (5) Medicaid; (6) CHIP; (7) FEHBP; (8) TRICARE; and (9) ERISA pre-emption provision.”

The bill does not specify what consumers costs would look like, since that will depend largely on how each state designs its own program, but it does contend that the state plans would drive down costs through several mechanisms:

It is also unclear how provider reimbursement would be impacted, but provider networks would be eliminated.