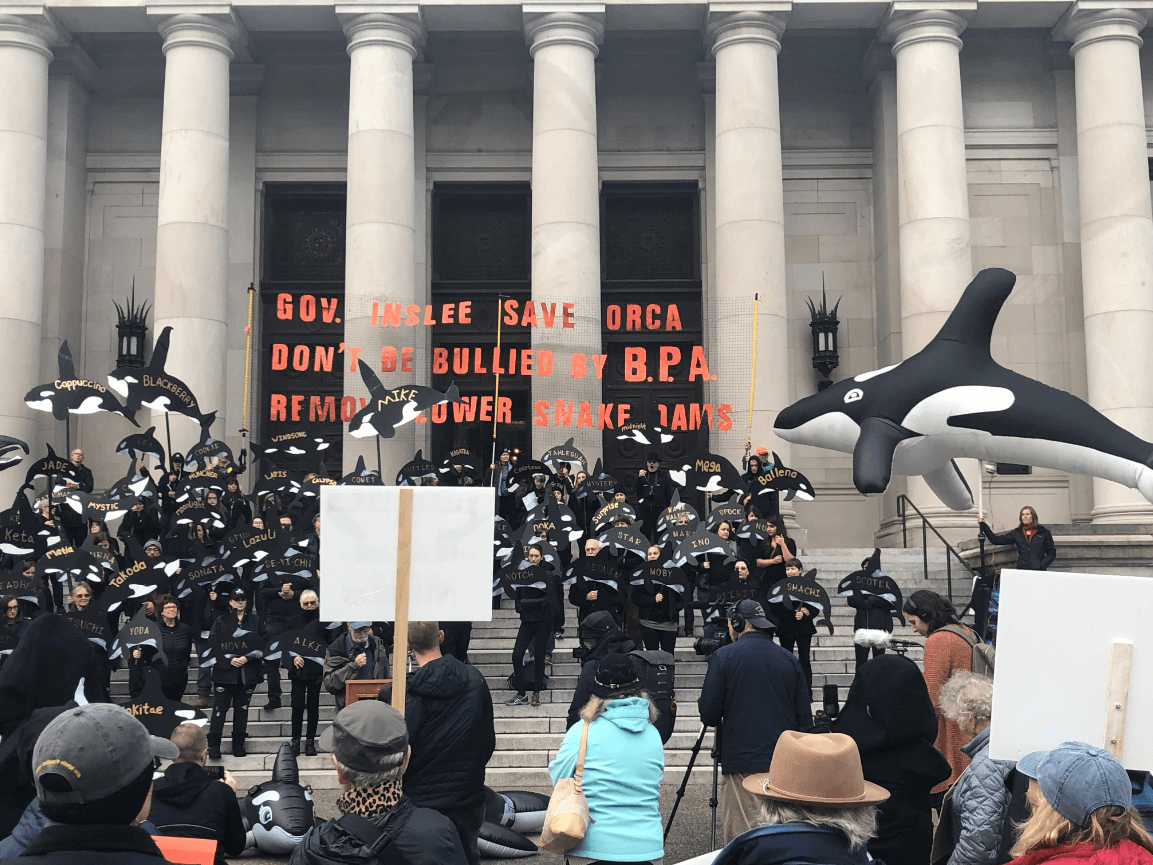 Today, Commissioner of Public Lands Hilary Franz announced a nearly $90 million package of aquatic habitat protections and improvements to be carried out by the Washington State Department of Natural Resources (DNR).

Commissioner Franz’s requested funding package will support the work of the task force by restoring development-damaged aquatic lands and access to rivers cut off by barriers to fish passage.

“We haven’t had a baby orca survive in three years. Our salmon runs continue to decline. The struggle of many of Washington’s native species requires us to make immediate and significant investments in restoring our waterways and landscapes,” said Commissioner Franz. “This funding package will allow DNR to protect and restore salmon habitat and water quality, helping secure a future for our orcas, our salmon, and our way of life.”

The proposal supports aquatic and salmon habitat by:

It helps private forest landowners, who own about half of Washington’s forests, support aquatic and salmon habitat by:

Jeremiah J. Julius, Chairman, Lummi Nation said: “The Salish Sea, and all of our relations therein, are at a tipping point. Our late leader and visionary, Billy Frank Jr., once said that, ‘We and they are the same.’ The dire condition of the Salish Sea, the plight of the endangered salmon, the unimaginable extinction of our southern resident killer whales, and the denaturing of our fragile rivers, streams and creeks, all tell us about our own health. We must put aside narrow self-interests and commit all the resources needed to restore the health and well-being of the Salish Sea and all our relations. It is time for us to accept our inherent responsibility to take care of our home and our sacred responsibility to take care of each other.”

Mike Stevens, Washington State Director, The Nature Conservancy, said: “We cannot adequately restore our salmon runs and protect our environment without a holistic approach. Commissioner Franz is on the right track. DNR’s approach engages key partners, and helps support their efforts to protect and restore habitat. That’s good not just for salmon and orca, but for entire ecosystems.”

Douglas Reed, President, Green Diamond Resources Co., said: “We’re doing the work on our own lands, yet we’ve seen how efforts need to reach both up- and downstream to effectively increase and improve salmon and fish habitat. Incentives and funding to bring in more partners can add hundreds of miles of river habitat for returning salmon and aquatic species.”

Joan Crooks, CEO, Washington Environmental Council and Washington Conservation Voters, said: “Environment and clean water protections are essential for salmon recovery and healing Puget Sound. DNR’s work to restore habitat, remove wooden pilings soaked in toxic chemicals, and guard against ocean acidification is critical to the health and future of our region. The state must step up and invest to move faster and avoid losing iconic species like salmon and orca.”

This press release was provided by the Washington State Department of Natural Resources.