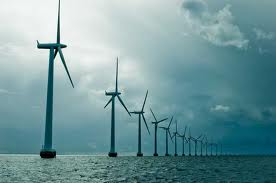 In a long and thoughtful, yet strategic email to members and others, Yoram Bauman of Carbon Washington lays out the justification and strategy for a carbon tax initiative to the 2016 legislature. Fairly self explanatory, the email discusses a plan to place a tax on Washington citizens. The intention seems to give the legislature a go at if before it goes on the ballot in 2016; the prescribed process for an initiative to the legislature.

What’s not in the email is that most people feel it will come to this anyway. With a Governor demanding that one of the cleanest (carbon) state’s in the union tax it’s citizens, hoping to send a signal to others to do the same, while promising the carbon tax proceeds first to education, then flood control projects, maybe to carbon reduction programs and probably something new next week, it is any wonder that external interests will take the issue into their own hands. Add to this the non-signal sent this week by the Governor’s own Carbon Task Force, when after a full spring, summer and fall they suggested…nothing.

With the more urban State Senators up for re-election in 2016, and a presidential election with no incumbent roaring down the tracks, 2016 is a perfect year for a progressive/urban vote, and a real turnout motivator.

There are two paths to carbon pricing in Washington State and beyond. One path is to take a bipartisan approach by trying to find common ground with folks on the right side of the political spectrum. The other path is what I call the Progressive Take-Over of the World: Democrats work to elect an environmental majority and push through their agenda. This path is intellectually and ideologically comfortable—it fits squarely into the progressive vision that many environmental activists share and so requires no compromises or hard decisions—but it is almost certainly the wrong way to go. The purpose of this letter is to make the case for pursuing a bipartisan approach instead.

Let’s begin with the recent election results, which suggest that the Progressive Take-Over of the World is further away than many on the left had  hoped. As noted by EarthFix’s “Election Shifts Oregon Closer To Carbon Tax, Not So For Washington”: “Environmentalists spent more than $1.5 million in Oregon and Washington in bids to secure Democratic majorities in state legislatures — majorities they wanted for approving clean-fuel standards and a tax on carbon emissions. The plan worked in Oregon. It didn’t in Washington.”

And if pursuing a Democratic majority is hard in Washington State, it is even more so in Congress.

The reaction to the election from some folks on the left—perhaps including Governor Inslee—seems to be to double-down on the Progressive Take-Over of the World. The post-election coverage in the Seattle Times (“Inslee committed to pursuit of climate-change bill despite election’s outcome”) notes that “Inslee stressed that he’s not yet wedded to any proposal, but floated the possibility of ‘a grand bargain,’ such as a cap-and-trade plan that would charge carbon polluters and direct some of the money to schools.” How this might be seen as a “grand bargain” is a complete mystery because both parts of the “bargain”—putting a price on carbon and increasing funding for education—are goals of the political left.

As for the bipartisan approach, many people in the environmental community dismiss it as impossible. For a representative take, consider the title of a recent post by Ben Adler in Grist: “Why Republicans won’t back a carbon tax”. Adler writes: “There are two possible paths to either cap-and-trade or a carbon tax: One, Democrats gain control of both houses of Congress and the White House, and feel more pressure to address climate change than they did in 2010, when they let the opportunity slip away. Or, two, Republicans come to accept climate science and decide they want to save the world from burning. But until Republicans come around to acknowledge the reality of climate change, they’re not going to agree to a carbon tax.” Adler’s assumption here—and the assumption of many in the environmental community—is that a bipartisan approach is impossible because of Republican intransigence.

The happy truth, however, is that there are already plenty of Republicans who acknowledge the reality of climate change. There are even plenty of Republicans who support carbon pricing. The Energy and Enterprise Initiative, founded by former 6-term South Carolina Congressman Bob Inglis, has just launched a new “RepublicEn” campaign for conservatives who are “energy optimists and climate realists”. Harvard economist Greg Mankiw—chair of the Council of Economic Advisors under George W. Bush—has a “Pigou Club” of economists and others who support environmental taxes. A recent article in the Globe and Mail, “Not all conservatives have their heads in the oil sands”, notes that “a revenue-neutral carbon tax, of the kind British Columbia implemented in 2008” is one of the favorite policies of George Shultz, formerly Ronald Reagan’s Secretary of State.

There are local champions, too, even though finding them sometimes requires fighting through the usual narrative. An article in Crosscut (“Inslee climate plans: Heavy winds ahead”),  for example, has a traditional-sounding back-and-forth about climate research between some of the governor’s folks and Todd Myers of the free-market Washington Policy Center. But the fact is that Todd Myers is on our Carbon Washington advisory board and has been a stalwart advocate of revenue-neutral carbon taxes.

There are other potential local champions in even more unlikely places. State Senator Mark Schoesler (R-Ritzville) is a frequent critic of the governor’s climate policies but the Seattle Times notes that “he urged the state to look at ‘smart, market-based ways to include air quality and environment.’” Even the Western States Petroleum Association claims to support “[properly designed] market based programs… as the most cost effective way to reduce carbon emissions.” (See my “Open letter to WSPA” from earlier this year.) These potential local champions may not be serious—I’ve given two talks at WSPA events and so far they have been unable to specify what kind of “properly designed” program they could support—but there is a strong case to be made for calling their bluff: take the high ground, put a revenue-neutral carbon tax on the table, and see if it’s possible to find a real “grand bargain”.

That’s what our Carbon Washington campaign intends to do: file an initiative to the legislature this coming March, collect 300,000 signatures during the remainder of the year, and then pass our measure in the legislature in early 2016 or at the ballot in November 2016. Polling shows that we have a path to victory at the ballot, and that path will open up truly bipartisan discussions in the legislature.

We are asking you—the environmental community in Washington State—to join us. Help us finalize our policy, help us collect signatures, and help us lobby for bipartisan climate action in Olympia or in the voting booth.

We are delighted to have the support of a growing number of grassroots groups—including 350 Seattle, Olympic Climate Action, Divest UW, many local chapters of Citizens Climate Lobby, and the national CCL organization—and we intend to continue to grow and broaden our coalition of support. (See, for example, our endorsement from Seattle Business magazine and our sign-on letter from dozens of economists around the state.)

In the end, we are optimistic that everyone in the environmental community will come to see the wisdom of a truly bipartisan approach. To quote the post-election analysis from the New York Times: “’The most important thing is to normalize this issue with Republicans,’ said Mark Mellman, a Democratic strategist. ‘Anything that makes it more partisan makes it less likely that there will be legislation, until such time as Democrats take over the world. Which according to my watch, will not be happening anytime soon.’