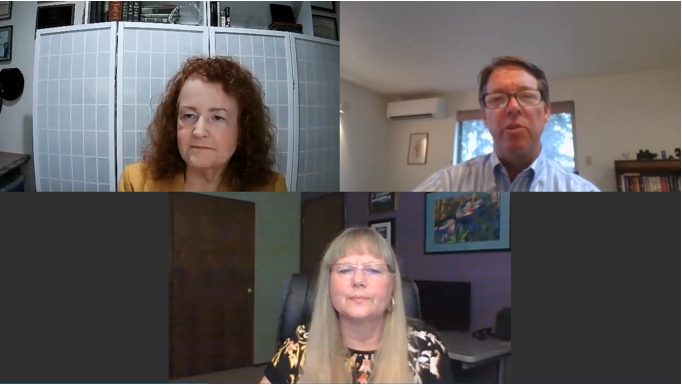 The three government relations professionals offered their perspectives on the road ahead during State of Reform’s “Capitol insiders discuss health policy” panel.

All three panelists agree that a key factor that will impact the upcoming legislative session is if legislators meet virtually or in person.

Johns-Brown says as of now, legislators are planning for a mostly virtual session. Similar to the format of the House Committee Assembly Days taking place this week, she says lawmakers may only hold one committee meeting at a time to allow the public to have access to each session. Limiting the number of concurrent committee meetings might also be a necessity due to technological issues.

If they are going to be virtual and they keep to that particular framework around public access, then the repeated story that I’m hearing from both chambers is a limitation somehow on the number of bills,” says Johns-Brown.

She says it will likely result in a limit on the number of bills that will be heard in committee, forcing committee chairs to be even more selective with the bills put forth.

We’re encouraging our clients, if you’re doing policy next year, you better get it ready because you’re going to want to be in that queue early,” she adds.

Outside of committee meetings, McBride also notes other areas of legislative work that will be difficult in a virtual session including voting, bill testimony, unplanned collaboration that takes place in places like hallways, stakeholder input, and wifi access.

In that virtual environment how much dialogue, how much debate, and how much collaboration are we going to have to be able to collect input from the stakeholders and allow for collaboration among the legislators as they debate these issues going forward?” asks McBride.

Regardless of the final format of the legislative session, the three speakers say the budget is going to be top of mind in Olympia. Johns-Brown says top budget priorities include public health, long-term care, mental health, and addressing the wild fires.

The budget is the biggest policy document that the legislature produces every year. And you can tell what their priorities really are by where they choose to put money,” she says.

The COVID pandemic has created significant economic stress on the state budget, pushing state leaders to look at a variety of program cuts and revenue-generating options.

Johns-Brown and McBride say there are multiple revenue options that may be in play this session. They are hearing conversation about a capital gains tax, a high-earners head tax, or a health care claims tax. They also say there has been talk of a temporary sales tax increase.

The panel also described the programs and areas of the budget that will receive attention as possible areas for cuts. High on the list will be the Medicaid program.

As part of their budget requests, state agencies were asked to propose options to reduce their budgets by 15 percent. The Health Care Authority’s request proposed cutting many optional Medicaid services including adult dental, interpreter services, and maternity supports.

Emerick, who has clients that operate in long-term care communities, specifically highlighted the impact that cuts to hospice care or rehab therapies would have on vulnerable individuals. She says Medicaid is going to be even more critical during the pandemic as unemployment and hardship increases.

Where would these people go if the state no longer provides care and housing for them?” she asked. “It’s going to be a really difficult time in health care for all of us next session.”

Moving into the policy space, Emerick says public health will be at the forefront of the legislative conversation. She also says she anticipates legislation related to telehealth and broadband access to support health in rural areas.

McBride adds that there will be pressure and interest to move big issues like police reform, social justice, and equity.

Other items that could be on the agenda, says Johns-Brown, include more work on Cascade Care, women’s health care issues, and legislation related to the proposed Virginia Mason and CHI Franciscan merger.

This article was cross-posted on our sister site, State of Reform