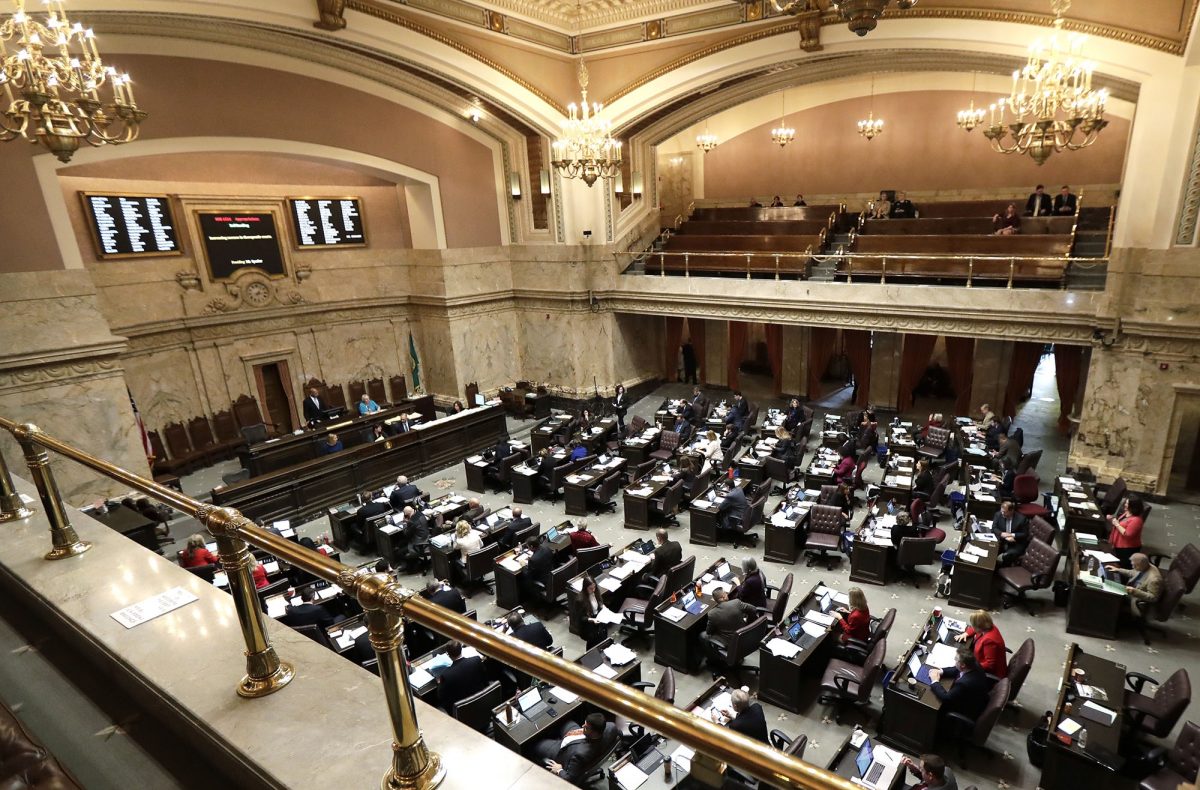 Capital gains: Where one vote makes a difference

It’s a cliché to think that one’s vote doesn’t make much of a difference in our politics.

In many instances, that is true. Whether you voted for Trump or Biden was not a big difference maker in Washington State, where the margin here was for Biden by almost 20%.

But, it’s not always true.

This weekend’s vote on a capital gains tax in the Senate was one of those moments where just a few votes — indeed just one vote — made the difference.

And, it wasn’t just one time that a single vote or just a few votes made the difference. There were a few.

To start, the vote in the Senate was 25-24. While we’re used to tight votes in our democracy these days, this one was perhaps as tight as it gets.

A floor amendment from Sen. Steve Hobbs removed an emergency clause in the legislation that would have otherwise precluded the bill from repeal by vote of the people.

Had that clause not come out, I’m told there were some “yes” votes that would have turned “no” on the bill. It would have fallen short of the 25 votes needed for passage.

But, the amendment passed and the underlying bill got 25 votes.

Another place a single vote made a difference is in the Senate Ways and Means Committee.

In recent years, the composition of the Senate Ways and Means Committee was 14 Democrats to 10 Republicans. That means that two moderate Democrats could have held the bill up in Committee, effectively killing it.

Two of those members in years past might have been now former Sen. Guy Palumbo and Sen. Mark Mullet.

This year, Democrats added a 15th member to the committee. That single extra vote required a larger bloc of votes to hold up legislation. That single member allowed this tax to move through committee much more smoothly this year than in previous years.

Another instance where a single vote made the difference is the case of Sen. T’wina Nobles.

Nobles is a freshman senator having defeated former member Steve O’Ban in 2020 in the 28th LD-centered in Lakewood.

That election was decided by 1,109 votes after all of the ballots were cast, a number that seems in hindsight to be a huge margin at 1.42%.

O’Ban was a no vote on the idea. With a progressive Democrat representing the 28th, the 25th vote was added to the bill.

But put differently, 505 votes changing their minds among the 70,737 cast would have resulted in the Washington State Senate potentially not passing a capital gains tax for lack of a Nobles victory.

Another single vote that likely made the difference was that of Sen. Derek Stanford.

Stanford took over the 1st LD seat after the departure of the aforementioned then-Sen. Guy Palumbo. The moderate Palumbo took a job at Amazon and left the legislature.

The addition of both Stanford and Nobles helped just get the 25 votes needed for this bill to move out of the Senate.

However, Palumbo’s influence on the legislation might still be felt.

Among insiders over the years, it was known that Palumbo’s vote for a capital gains tax was in play. Palumbo wanted investments in transportation and some small business exemptions, elements that weren’t included in previous years in House legislation.

For the first time, this year’s proposal for a capital gains tax from Sen. June Robinson, however, included exemptions for small businesses which have less than $10m in annual revenue.

Who knows how Palumbo would have voted on this bill. But, it’s likely got his finger prints on it even if he is no longer in office.

A single vote, or perhaps just a handful of votes, had to shift across a range of instances to make this happen. It’s been years in the making.

And, with word that the House may add the emergency clause back into its version of the bill, it’s possible that this narrow one-vote majority may not be enough when this is all said and done.