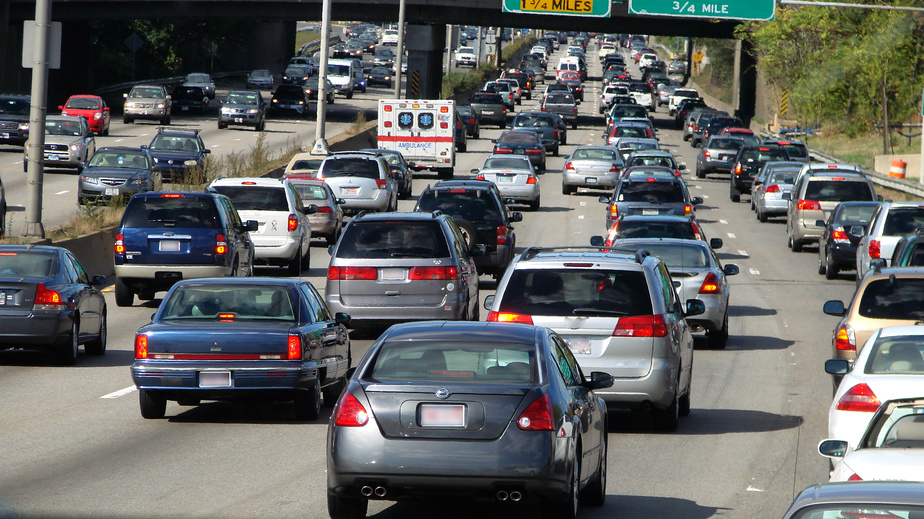 Cap-and-Trade: Not Just Smokestacks, But a Broader Tax Based on Energy Consumption

In promoting his cap-and-trade proposal around Washington state and in the Legislature, Gov. Jay Inslee has frequently relied on a “make polluters pay” mantra – charging the state’s top sources of carbon emissions to get about $1 billion annually to pay for schools, bridges, affordable housing and tax rebates for the poor.

But who has to pay, how much they’d pay, and what sources of emissions would fall under cap-and-trade has been less defined. Inslee has referenced a list of 130 firms that would fall under the program and be subjected to the tax, which has now shrunk to under a hundred but the revenue projections have ticked up to $1.3 billion every year.

With the cap-and-trade bill before the House Appropriations Committee on Thursday, where the revenue would come from came into sharper focus. It’s not just the smokestacks or fumes coming off of oil refineries and factories, but a far more broadly based tax on energy consumption.

Language in the cap-and-trade bill spells this out, bringing fuel suppliers under its umbrella, and defining them as producing, refining, importing or delivering a fuel that, when combusted or used, would generate carbon emissions. The word combustion is key, because it covers the emissions generated at the consumer level when residents fill up their cars with gasoline and drive.

In Washington, that’s a huge slice of the emissions profile. Transportation represents about half of the total carbon emissions statewide, and after exempting fuel for airplane and others, it would represent about one-third of the $1.3 billion in revenue cap-and-trade would generate once the auctions begin in 2016. That assumes it passes this year. Oil companies would pay this upfront, and each side of the cap-and-trade debate has argued whether it would simply be absorbed, or how much would immediately get passed on to consumers.

California moved to this standard of covering tailpipe emissions this year, after adopting its cap-and-trade program about a decade ago. But it started implementing cap-and-trade five years ago, and has eased into it slowly. It offers policies that work to soften the brunt of the cost burden on industries, from offering free allowances to emit to businesses that might suffer a competitive disadvantage. As a result, a much larger state with an economy whose size ranks it in the top 10 worldwide generates a similar amount of revenue currently as Washington expects to.

Eight states in the northeastern U.S. have a cap-and-trade program, but that focuses solely on the energy sector and power plant emissions. As a result, it brings in a smaller fraction of money from the tax relative to Inslee’s proposal.

Inslee’s program would be unprecedented in the U.S. in terms of immediate scope and ambition, because of its lack of free allowances, breadth of emissions sources covered, and going after tailpipe emissions from the start. That’s certainly the intent, as policy adviser Chris Davis argued before the Appropriations Committee that Washington needs new revenue sources to meet the education and transportation funding needs it’s staring down presently.

“If we’re going to raise revenue for these, we should do it smartly,” Davis told the committee. “This is a program we can get up and get moving.”

But it’s created a wall of opposition from the business community, who see false comparisons to California being touted by proponents in Washington – because California’s hasn’t fully taken effect yet – and British Columbia, which returns the revenue generated in the form of tax breaks. Washington businesses fear job losses and companies scurrying out of state or going belly up.

“It’s just a broad-based tax increase for how we use fuel,” said Tom Davis, director of the Washington Farm Bureau, which opposes cap-and-trade. “What’s the upper end for the tax? It seems like the sky’s the limit.”

The revenue projection jumped from $1 billion when cap-and-trade was before the House Environment Committee, because cap-and-trade expanded to include a broader pool of fuels – those refined in Washington and shipped out of state, so long as they don’t end up in British Columbia or California, which levy their own taxes on those sources. Alaska, Oregon, and other states fall within that, however, and that represents about 27.4 percent of the revenue generated by cap-and-trade, said Jay Balasbas, a budget analyst with the Office of Financial Management.

Washington emits about 100 million metric tons of carbon statewide, encompassing all sources. Appropriations Committee staff reported that 75 to 80 percent of those emissions would be covered under cap-and-trade.

That means that not only virtually every gallon of consumer gasoline would be in some way covered, but kilowatt hours of power from almost any carbon-based source. For example, the five oil refineries and the state’s largest, most carbon-intensive utilities like Puget Sound Energy, which imports electricity from a coal-fired power plant in Montana, would all be hit with cost increases. The state’s sole coal plant, TransAlta in Centralia, got an exemption from cap-and-trade in its agreement to shut down by 2025 under former Gov. Chris Gregoire.

A number of the mid-sized to smaller Public Utility Districts, in Central Washington and elsewhere, buy their energy from the federal Bonneville Power Administration, which is almost all carbon-free hydropower. The threshold is at least 25,000 metric tons of carbon emissions annually.

Cap-and-trade faces a daunting hurdle before it ever gets to a floor hearing in the Democratic-controlled House, and likely not much more than a hearing in the Senate, which sent over its own carbon reduction bill earlier this week.

But Inslee said in a short news conference Wednesday he was confident he had public backing for his proposal.

“The will of the public is quite clear,” Inslee said. “The citizens want to decrease pollution and increase education (funding). I feel good about getting this through.”