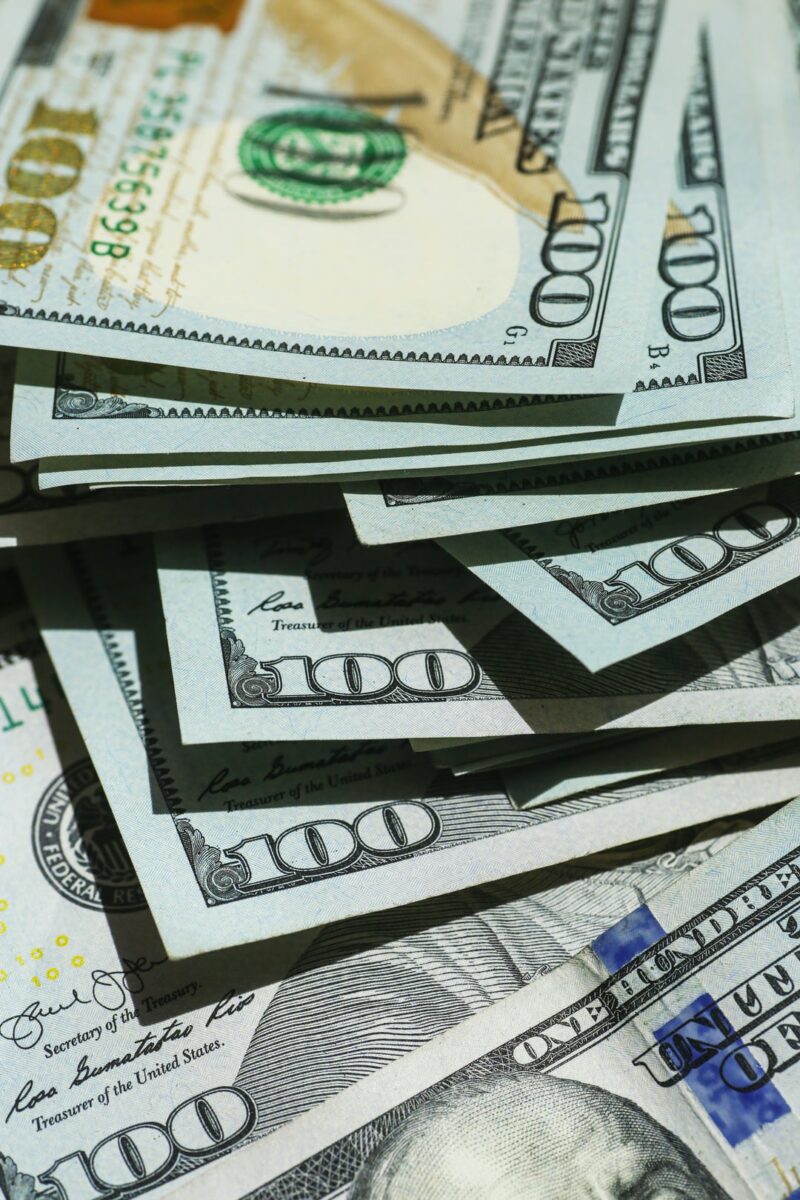 Candidates start to rake in cash

That faint metaphorical rustling you hear is the sound of hundreds of thousands — soon to be millions — of dollars fluttering out of the wallets of political donors and into the accounts of politicians and political action committees around the state.

Monday marked the deadline for candidates and committees to submit monthly fundraising and spending reports to the Public Disclosure Commission. So it’s time for a little money roundup.

With just one statewide office on the ballot (we’ll get to that one later) much of the focus is on the Legislature, where Republican leaders and operatives see a historic opportunity to erode, perhaps even erase, Democrats’ majorities in the House and Senate. We’ll focus on the Senate today, where Democrats hold 28 seats to Republicans’ 21¹.

In the highly competitive 26th District on the Kitsap Peninsula, first-term Democratic Sen. Emily Randall, one of the Legislature’s most progressive members, is defending a swing seat against Rep. Jesse Young, R-Gig Harbor, one of the House’s most conservative lawmakers. Both were prohibited from raising money while the Legislature was in session.

Randall, D-Bremerton, who will be familiar to regular readers for her election-year play to reduce tolls on the Tacoma Narrows Bridge, raised a healthy $66,000 in March and has $171K in hand. Young didn’t do as well last month, with just $12K, but he’s ahead overall with $180K to work with.

Randall’s getting some interesting institutional support, including the $2K maximum from U.S. Rep. Derek Kilmer’s campaign for reelection (the polling must look good for Kilmer) and another $2K from the long-dormant congressional campaign of Lisa Brown², currently serving as Secretary of Commerce. Randall also got $2K apiece from Chris and Heidi Stolte³, who are among the millionaires and billionaires who make the Democratic fundraising machine hum.

Young’s got $50K from the Kitsap County Republican Party, $10K from the state GOP, and more than two dozen $2K max donations from prominent Gig Harbor conservatives. Interestingly, the Republican-leaning smart money in Olympia is not yet there for Young, presumably to avoid antagonizing Randall and her colleagues.

Look for more party money to pour in for both sides to take advantage of a loophole in the generally tight limitations on campaign giving. Individuals can give unlimited amounts to political parties, who can then give candidates one dollar for every voter eligible to vote in the race. For example, Chris Stolte gave $90K to the Washington State Democratic Committee in February. In theory, that money could all go to Randall.

Up in Whatcom County’s 42nd District, there’s an interesting three-way showdown happening for the Senate seat formerly held by the late Doug Ericksen, R-Ferndale. If you’ll remember, the Whatcom County Council passed up one of its own, Ben Elenbaas, to appoint 22-year-old Simon Sefzik. This was widely viewed as the Democrats on the council doing a solid for Democratic Rep. Sharon Shewmake, who beat Sefzik’s mother, Jennifer, in a bonkers-expensive House race in 2020.

Elenbaas was apparently not amused. He has raised $71,000 so far to Sefzik’s $65K⁴. We love a good intramural scrap, so we’ll have more to say on this at a later date as we learn more about the nuances of GOP politics up north.

Shewmake awaits the winner with $75K raised. Like Randall, she’s got $2K from each of the Stoltes along with donations from several Native American tribes and labor unions who are regular donors to Democratic lawmakers.

The 42nd is one of the most closely balanced districts in the state, so again, expect a ton of independent money from the parties and elsewhere.

In South King County’s 47th District, a D-leaning swing seat was tossed up for grabs by first-term Democratic Sen. Mona Das’ reversal of her reelection plans. Republican Bill Boyce, president of the Kenty City Council, raised $24,000 in March. Democrat Satwinder Kaur, one of Boyce’s colleagues on the council, getting a late start, has raised about $5K.

One interesting dynamic is what happens to the $126,000 that Das has in hand for her now-nonexistent campaign. In theory, that money could be laundered to Kaur via the surplus-shuffle loophole we’ve written about before. Or Das could just leave the cash in a surplus campaign account for a political future to be named later.

Former state Rep. Kristine Reeves, D-Federal Way, did just that this month in her bid to return to the House. Reeves ran for the open 10th Congressional District seat in 2020, losing to Marilyn Strickland in an all-Democrat race. This month she dropped more than $37,000 from her surplus campaign fund into a bid to reclaim the 30th District House seat vacated by Rep. Jesse Johnson’s decision not to seek a second term. That instantly made Reeves the money leader in a crowded primary that may be substantially emptier by the end of Filing Week next month.

An independent bid from a former Republican party chair

Vance was engaged in defending the traditionally moderate Republican crescent on the east side of Lake Washington, which seems almost quaint now. That ground is nearly all blue on the map these days.

Vance renounced the Trump-led Republican Party in 2017 after taking one for the team by getting shellacked in a run against U.S. Sen. Patty Murray in 2016. He’s among those Never Trumpers at the Lincoln Project these days, who are either the keepers of the true GOP flame or apostates destined for the stake, depending on which set of goggles you look through.

So we’re very interested to see how his independent campaign against Republican state Sen. Phil Fortunato in the 31st District, which covers southeast King County and part of Pierce County, plays out. The district is deep red and there’s no Democrat currently in the race. But it’s important to remember that Vance knows what he’s doing on the trail. His GOP came within a few dozen votes of the governor’s mansion back in 2004. And as a candidate, he has won races for state House and King County Council in the same area, albeit a long time ago. He’s raised $19,000 to Fortunato’s $36,000.

About that one, lonely statewide race

Secretary of State Steve Hobbs, elevated to the post by Gov. Jay Inslee’s politically deft appointment following the departure of longtime Republican incumbent Kim Wyman, has to face the voters this fall for the last two years of Wyman’s term.

As we noted when she announced, his most interesting rival is another experiment in independent candidacy, Pierce County Auditor Julie Anderson. Anderson raised $25,000 last month and has $47K in hand. That’s well behind Hobbs’s $187K war chest, which includes $31K raised in march. (Most of it was raised when he was chair of the Senate Transportation Committee.)

But the difference may not be significant. Both sums of money are woefully insufficient for a statewide campaign, and it’s not clear that anyone will be lining up with open wallets to materially change that.

If Anderson makes it through the primary, the contest likely becomes mostly about the voter pamphlet and her base of power in Pierce County versus his incumbency and party affiliation. The Republican in the race, state Sen. Keith Wagoner of Sedro-Wooley, raised just $3,000 in March and has only $11K in hand.

1 Yes, I know that Sen. Tim Sheldon is technically a Democrat who caucuses with the Republicans.

2 Brown, a Democrat who formerly represented Spokane’s 3rd District in the Legislature, ran against U.S. Rep. Cathy McMorris Rodgers in 2018 and did better than any Democrat for the past two decades, which is to say she lost by just nine percentage points.

3 Chris Stolte is one of the founders of Tableau Software. The Stoltes have been giving strategically to defend and/or expand the Senate Democratic majority.

4 $65K is a solid haul for a month, although the donors look a lot like Mom’s list. The Woman Who Lets Me Live With Her and I are also parents of a 22-year-old; I’m sure the elder Sefzik is happy the younger has a job and would prefer he keep it.