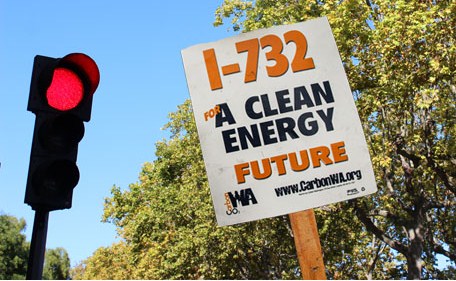 An Alternative to I-732 Joins the Debate

With the 2016 Legislative session nearing a close, the focus is turning towards budget negotiations. But, there is one debate that may be just getting started. Yesterday a working draft of what could become I-732 B was sent out to legislators. 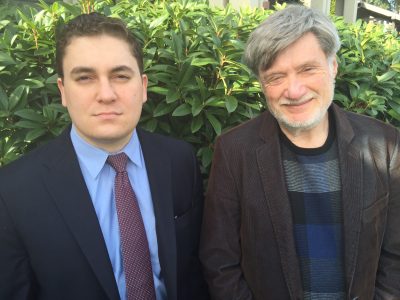 Last week, following a hearing on I-732, David Giuliani, founder of the Washington Business Alliance, said, “We’re creating a form of carbon tax that starts at a moderate rate and rises slowly. We are utilizing the funds in a manner different than Carbon WA’s approach.“ He said that the intention is to reduce carbon in line with the state’s targets that are already on the books (RCW 80.80.080). He also said that the alternative is geared towards “protecting business and the impoverished.”

So what is a “moderate rate”? WaBA’s proposal sets the price of carbon starting at $8 in 2017 and gradually rachetting up to $35 by 2035. Aside from a lower carbon tax, WaBA’s proposal differs in a few key ways from the original 732, including the following:

• It contains a phase in for natural gas, allowing it to work as an untaxed transition fuel for a period of time.
• It does not apply to coal­-fired power that is being phased out of use.
• It assumes that unspecified power is natural gas, thereby exempting it for the same period as natural gas.
• It offers “Alternative Compliance Agreements” for energy intensive trade exposed businesses”

Like Giuliani said, the Business Alliance proposal would provide relief to low-income residents. New revenues from the carbon tax would go towards ​Low-Income Home Energy Assistance Program (which reduces the heat bills of low income families and individuals). Revenue would also go towards environmental infrastructure such as stormwater management, fire suppression, and investments in clean technology through a new fund that purchases per-ton reductions in carbon – with a portion of the money going back to consumers as a refund if goals are met.  Finally, just as in I-732 there would also be some business tax relief.

Although environmentalists will likely be pleased with the investments in clean technology, they may not approve of the hold on the Governor’ proposed carbon cap rule (in order to give the new proposal time to work) and the fact that the new fund could replace existing clean tech incentives once they expire.

With I-732 marred by a fiscal note that doesn’t reflect the statute’s revenue neutral intent, it has virtually no chance of passing the legislature and will likely land on the 2016 ballot. Much to the surprise of many politicos, Carbon WA has been forthcoming in their openness to supporting an alternative.

Following a hearing on I-732 in the House Environment Committee last week, Joe Ryan, Co-Chair of Carbon WA, said “Our board member Greg Rock and our lobbyist Ron Maine have become increasingly interested in conversations about 732 B. We hope they go forward successfully.”

Regarding the working draft, Isaac Kastama, WaBA’s Director of Government Affairs, said, “It’s not entirely what Carbon WA wants but it represents a workable consensus. They would like a higher carbon price, but the point is that it’s a serious proposal. If there turns out to be a constituency within the business community that supports it, then we may have something.”

The Business Alliance attempted to forge compromise on the issue of carbon reduction last year, by working with Senator Doug Ericksen, R-Ferndale, on a bill that would have modified Initiative 937. This year, they’ve worked with Ericksen again in hopes of creating a moderate alternative on carbon reduction.

Aside from extensive dialogue with Senator Ericksen, Kastama said that Senator John Braun is rumored to be working on a similar I-732B.   A compromise somewhere between the Braun proposal and WaBA’s proposal may likely fill Ericksen’s I-732 B placeholder that was filed at the beginning of the session.

If WaBA’s proposal does in fact come to life it’s also possible that instead of sending it to the ballot, the legislature will choose to pass it as a bill. How would this work? Kastama explained that “there has been some discussion about just passing it for sake of certainty and ending the discussion on the 2016 campaign. If it goes to ballot their will be more demands from both sides.”

Now the question is whether this B option will end up on the 2016 ballot. And, if it does, will Carbon WA support it?

I-732 has little chance of passing on the ballot. Groups with large democratic constituencies and organizing power, like the Washington State Labor Council and the Washington State Democrats themselves, have publicly opposed it and would most likely campaign against it.

In an interview last week, Joe Ryan expressed his personal disposition towards a B option. He said, “I’ll tell you what I would do. I can’t speak for the board because we haven’t considered this. I would look at it to see if on balance it was smart policy for regulating carbon dioxide emissions, and if it’s good policy, I would support it.”

Kastama’s message carried a similar pragmatic tone to Ryan’s. “We’re shooting for the art of the possible…Carbon WA has been very generous by putting ideas forth into this draft, because they understand how compromise and negotiation works.”

He thinks there is something for both environmental groups and the business community in the draft. His message to his fellow business representatives: “We have a shot to put something better out there. Let’s take it.  This draft is a start. If others have ideas, the time to put them on the table is now.”