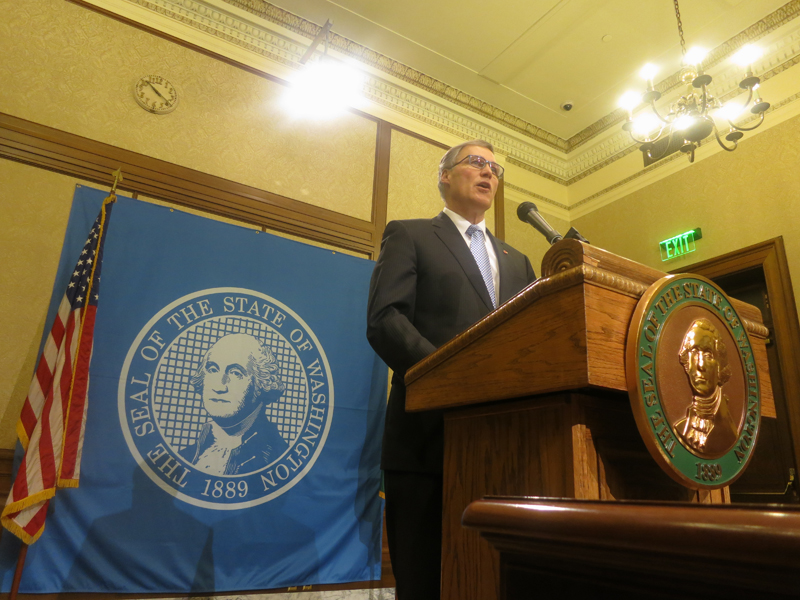 Boeing Vote Leaves Olympia Wondering – How Does it Play in Coming Session? 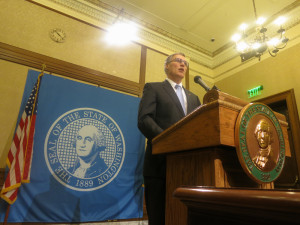 OLYMPIA, Jan. 4.—The state dodged a bullet Friday night when Boeing’s Machinists voted narrowly to approve a new labor contract and the homegrown jetmaker said it would remain in the state. But now this creates an terrible problem for the Legislature. For months Washington solons have been gearing up for a session in which the top issue might have been how to make Boeing happy. Now they have a week to come up with new arguments.

Lawmakers are trying to decide how the Boeing issue — or rather its absence — is going to play into the session that begins Jan. 13. It is a session that might otherwise have been dominated by arguments that the Legislature must do something more to keep the lucrative aircraft business in Washington state. Issues like a gas-tax increase, workers’ comp reform, and a possible effort to slow down the Department of Ecology’s rush to adopt stringent new water-quality standards — all had a certain Boeing element in the argumentation. Depending on the issue, lawmakers of both persuasions had been arguing that the Legislature needed to take action to keep Boeing happy.

But now that the International Association of Machinists has voted 51-49 for a new contract that contains concessions on pension and health benefits, and Boeing has followed by announcing that it will stay put, for lawmakers it is back to the old pre-flight inspection. 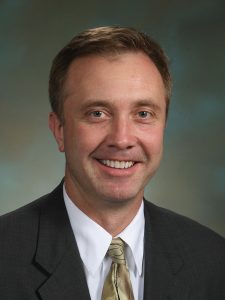 “It’s too bad that so much of the burden had to be on the Machinists Union,” mused state Sen. Doug Ericksen, R-Ferndale, shortly after the vote was announced. “The Legislature should have done more in the workers’ compensation world, the fish-consumption [water-quality standards] world, and the regulatory and permitting climate to make it easier for Boeing to exist here. But because the Legislature and the governor refused to act, Boeing had to go for more concessions from the union. We will need to deal with that in the future also.”

Today, of course, the question is how strong the case will be.

It was good news for the state’s economy, to be sure – about $20 billion in projected tax revenue for state government alone over the projected life of the airliner. So certainly no one in the state’s political circles was publicly lamenting the skin-of-the-teeth vote that kept Boeing here. But it did knock a prop out from under the upcoming debate, both from lawmakers sympathetic to business arguments and from Democratic Gov. Jay Inslee.

Two months ago Inslee played the Boeing card when he called a special session to extend existing tax breaks for the company. At the same time, he said, lawmakers ought to pass a gas-tax increase — because Boeing demanded it. Lawmakers scoffed at that one. In its public statements the Boeing Co. said it supported a transportation package, but it never called it a condition for a stay-home decision. Although the Legislature passed tax breaks worth $8.7 billion over the expected life of the project — as measured against the state’s relatively high business tax rate — they took no action on transportation. Two months later Republicans and Democrats still have not struck a deal.

At a news conference Friday night, Inslee did not address the effect of the Boeing decision on the upcoming session. Instead he offered a delicately worded statement celebrating the fact that Boeing would stay. Inslee came under fire from the state Labor Council and union officials last month when he urged the Machinists to vote. The Labor Council called it interference; it was urging the union to block a vote. And when the union’s international leadership forced local leaders to relent, the Labor Council continued to urge Machinists to vote no.

So on Friday night, with 49 percent of union members voting no, Inslee said nothing that would offer offense. “The Machinists are our friends, our families and our neighbors, and they are the best aerospace workers in the world,” he said. “They are people who deeply care about their communities well beyond the walls of the Boeing plant. I want to thank each Machinist, no matter how they voted tonight.”

Inslee said the fabrication of the 777X carbon-fiber wing in Washington will “herald a whole new industry for our state. Tonight Washington showed the world we can design our future. We look forward to seeing the jetliner of that future take off.”

Still a Case for Business Legislation 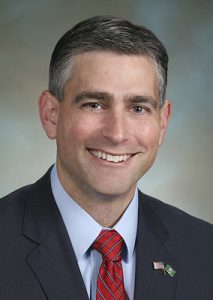 Sure, all the rhetoric in the coming session has to change, says state Sen. Michael Baumgartner, R-Spokane. But it doesn’t mean the underlying issues are any different. “Boeing is the bell cow for the state, but we still need to consider the rest of the herd,” he said. “I think just because we were able to take steps to keep Boeing here for the 777X doesn’t change the fact that Washington state has a failing workers’ compensation system. And the vote by the Machinists Union last night doesn’t do anything to change the fact that we have ominous regulations looming, such as on water quality, that can really hurt jobs. So the Boeing decision doesn’t change the underlying issues — it just changes the ability to use it for political rhetoric.”

Baumgartner has promised to lead an effort for right-to-work legislation that would tend to reduce union power, said the state needs to do something more to keep and attract industry and employers. A right-to-work law – which makes union membership optional – is considered one of the factors that led Boeing to locate a 787 production line in South Carolina.

“In today’s mobile economy, companies can and will move. We should do everything in our power to prove to the world that Washington is a place where it is easy for new businesses to be created and existing business to grow and thrive.” 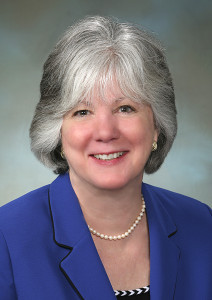 Sharon Nelson, D-Maury Island, the newly-elected leader of the Senate Democratic Caucus, said Boeing’s Machinists “made a very difficult decision not only about their own economic future but the economic future of their families, their communities and their state.

“The men and women of the International Association of Machinists District 751 ensured that Washington’s long tradition of aerospace innovation will continue and that thousands of direct and indirect family-wage jobs will remain and be created in our state for years to come.

“This is a positive outcome for our state, but the truth is that this was a very close vote and every Machinist – whether they voted yes or no – made an extremely difficult decision and an enormous sacrifice for the greater good of Washington.

“We owe them a debt of gratitude for putting the best interests of our state ahead of their own. That’s a lesson from which we can all learn.”