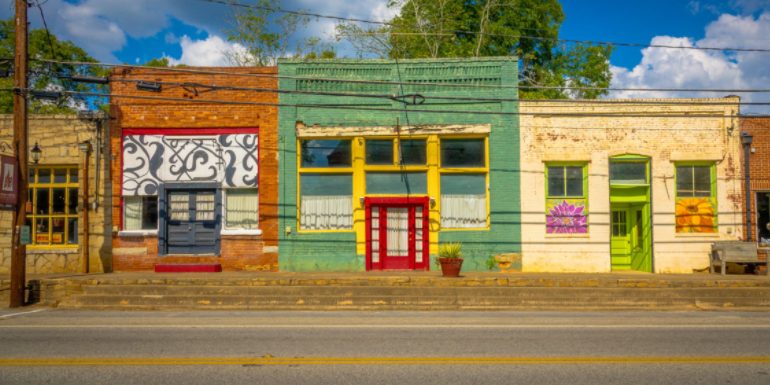 A bipartisan group of legislators led by Rep. Jacquelin Maycumber (R – Republic) have introduced a bill in the House Finance Committee that would create a program within the Department of Commerce to spur economic development in disadvantaged communities that have historically lacked access to capital.

The Equitable Access to Credit Program would award grants to qualified lending institutions (QLIs) to provide access to credit for these underserved, largely rural communities.

Most of these rural areas that have the highest unemployment rate and lowest wages in the state really struggle with businesses and having people get loans,” said Maycumber. “There are some great ideas but it’s a real difficulty to say, ‘I’m going to start a business in one of the most rural, economically depressed areas in the state of Washington.”

This bill is the culmination of work over the course of three biennium.

In order to be eligible for the program, QLIs would need to be recognized by the U.S. Department of Treasury as an emerging or certified Community Development Financial Institution (CDFI) – funds that utilize federal dollars alongside private sector capital to generate growth in economically disadvantaged communities.

Washington State has limited economic development tools, predominantly due to its narrow lending of credit constitutional language,” said Chuck Depew, West Team Leader at the National Development Council “Like most states, Washington uses its tax policy to direct economic benefits in many ways. We are constitutionally challenged in collecting tax revenues and then directing those tax receipts to private efforts. So instead we choose not to collect tax revenues to meet that purpose.”

The state also defers collecting property taxes that support the development of affordable housing and redevelopment of historic properties. HB 1015 is modelled after that tax credit. But instead of just decreasing business costs, the funds would be directed to support CDFIs.

The impetus for supporting CDFIs follows the release of Payroll Protection Program (PPP) data showing that many minority owned businesses didn’t receive relief loans until the PPP’s last few weeks while many more white owned businesses were able to get loans earlier in the program.

At least 75 percent of grant funds would be reserved for rural communities, defined by the bill as counties that have fewer than 100 persons per square mile or have an area of less than 225 square miles.

When you see death to main street, death to the small businesses, you see that struggle from the schools to families all the way down. So [this bill] is really about continuing to build up that framework that allows people the American dream,” said Maycumber.

Maycumber says the Colville Tribes in her district have been lobbying for this policy for years.

According to Amber Schultz-Oliver, Executive Director of the Affiliated Tribes of NW Indians Economic Development Corp., Native CDFIs have made inroads in overcoming challenges to provide capital to Indian people.

These are good problems to have. But many of us are small with only a handful of staff and less than $5 million in assets. It is difficult and costly to attract low cost capital. The passage of HB 1015 would be one tool to facilitate fair credit access to Native CDFIs, which in turn directly supports access to capital and economic development in tribal communities,” said Schultz-Oliver.

Commerce would be required to staff a review committee to award Program grants. The committee would have a fair geographic balance of committee members with experience in rural development.

Beginning in 2021, Commerce would also be required to submit an annual report to the Legislature that includes list of grant recipients, total amount of awards, and required match amounts. and aggregated information on loans and investments provided by QLIs receiving grants

Keith Swenson, Deputy Assistant Director for the Office of Economic Development and Competitiveness at the Department of Commerce said while the agency is neutral on the bill, it would be complementary to other efforts to bring resources to hard-hit small businesses and communities.