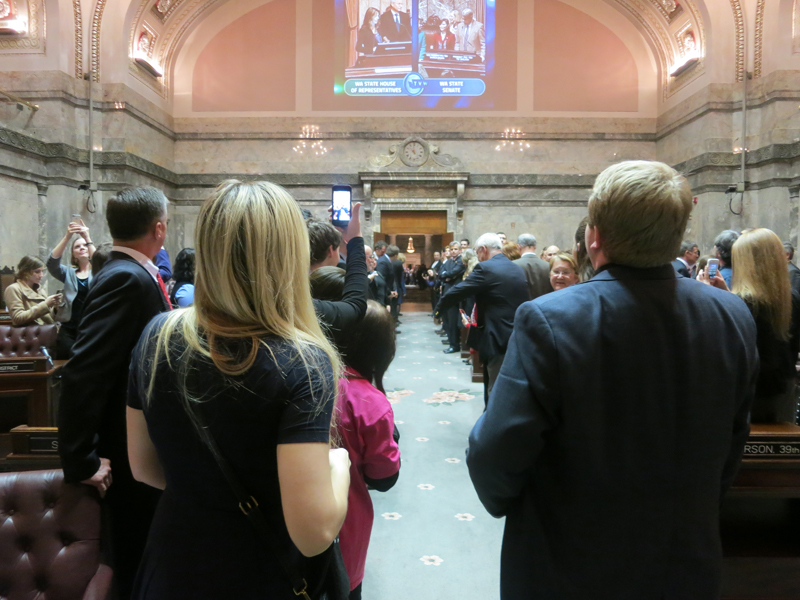 Bills clear their house of origin on Wednesday

Several bills cleared the House and the Senate ahead of Wednesday’s “House of Origin” cutoff. As each chamber moves forward in considering bills the other chamber passed, the Washington State Wire watched a few bills coming out of the Senate and the House during this important cutoff deadline. Here’s a few that cleared their house of origin Wednesday.

Senate Bill 6280 aims to ban the use of facial recognition technology in continuous surveillance, although it would preserve the ability of law enforcement to use this technology when it could allow evidence to surface of serious criminal wrongdoing. Law enforcement agencies may have to acquire a search warrant before using this technology under such circumstances, according to a press release from Sen. Joe Nguyen (D-34th District), the bill’s sponsor. The bill now goes to the House.

House Bill 1860 would require schools to test for lead in drinking water. The bill mandates a 2025 deadline for schools to test for lead in all drinking water faucets and in water sources used to prepare meals on campuses. Testing would be repeated every five years, and parents would be notified if lead levels are found in the amount of above nine parts per billion, and an action plan would have to be developed if lead is found in the water in this amount. The bill is in response to an analysis from the University of Washington School of Public Health that found 38 percent of Seattle Public Schools that voluntarily test for lead levels in water found lead levels over 20 parts per billion, although several schools found lead levels over 100 parts per billion. According to a press release from Rep. Gerry Pollet’s office, two of these schools had lead levels over 1,000 parts per billion. While it isn’t clear what defines a dangerous level of lead in drinking water, the Centers for Disease Control & Prevention states even very low levels of lead in drinking water can have a detrimental effect on children, who are particularly susceptible to the metal’s effects.

On the lighter side, House Bill 2155 would make the Suciasaurus Rex the official dinosaur of Washington. Discovered in 2012, the 17-inch remains of what researchers estimate would have been a four-foot-long femur bone became the first fossil found in the state, although scientists think the dinosaur was indigenous to the region stretching from Baja California to Northern California. The fossil likely moved as tectonic plates transformed the geologic landscape of the earth’s surface, pushing the remains of the T-rex’s predecessor north to modern-day Washington State. If the bill is passed, Washington State would join 12 states and the District of Columbia in designating a state dinosaur. The bill now advances to the Senate.