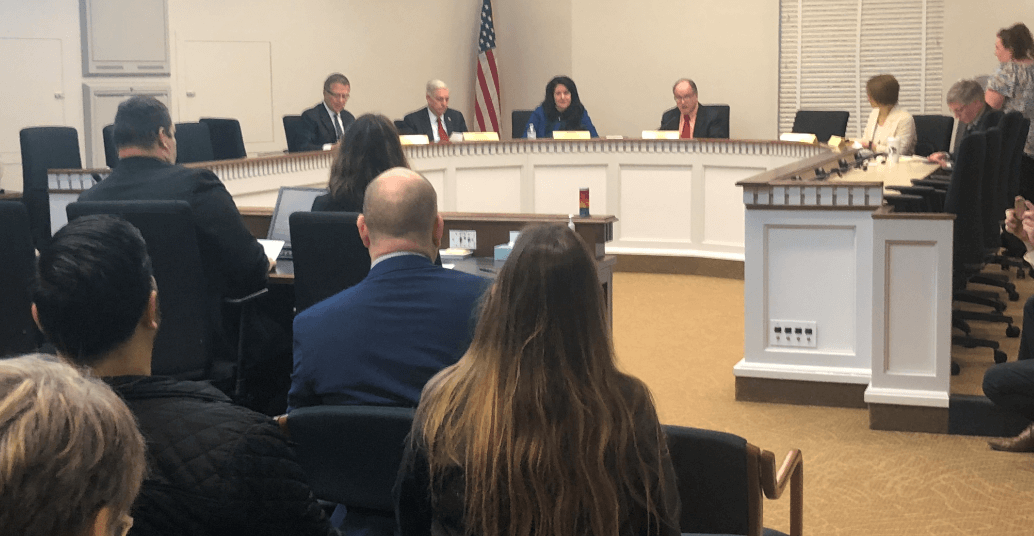 Bill aimed at “wage and benefit theft” has public hearing

The House Labor & Workplace Standards Committee last week heard testimony on a bill that would add the ways workers in Washington’s construction industry can take action if they don’t get paid.

The bill is meant to address “wage and benefit theft,” which can arise in home remodels and construction projects where a general contractor hires subcontractors, who hire workers. The “theft” occurs when a worker doesn’t get paid by the subcontractor who hired them.


The committee heard public testimony on the bill last week.

Evelyn Shapiro, principal officer for the Pacific Northwest Regional Council of Carpenters, talked in her testimony about workers who have been threatened at gunpoint after asking for wages and sent to Immigration and Customs Enforcement after completing a job.

The impact of unpaid wages can also ripple out, Shapiro explained after the hearing, leading to “billions of dollars in unrecovered taxes and premiums” and creating a difficult environment for contractors who play by the rules.

If workers aren’t paid by the subcontractors who hire them, they currently have two options for trying to recover their missing wages. They can:

“For all of the processes that exist, the processes have to be individually input, individually followed, and it is–I would say–it’s probably the job of 100 times what the agency staff have currently. And we’re all sympathetic to budgets and staffing issues, of course, but there just simply isn’t enough infrastructure to really enforce the laws appropriately.”

Tammy Fellin, legislative director for L&I’s Government Affairs & Policy Division, said in the hearing that L&I settles most investigations into unpaid wages before a formal complaint is made, and resolves the majority of cases within 60 days.

Erlich and Fellin both mentioned factors in the process that could be seen as obstacles for people who consider filing complaints about missing wages.

“The trick is, the system is complaint-driven,” Erlich said. “We know that some workers either may not know to file a complaint or aren’t comfortable doing so. We know it takes a lot of courage to file a complaint, because we inform the employer who files the complaint.”

In her testimony, Fellin explained that the agency’s role is limited if the employer then decides to retaliate against the worker who complained.

The bill heard in committee (HB 1395), as Shapiro explains it, would “add another tool” for workers to collect wages by giving a more direct path to collect from general contractors.

The logic behind the bill is that putting more pressure on general contractors would encourage them to hire subcontractors based on merit and track record rather than price alone.

“The law would encourage self-policing in our industry,” Cory Elliott, a lobbyist for the Pacific Northwest Regional Council of Carpenters, said. “Because if a direct contractor risks liability for back-wages and benefit payments, they’d have to take into account the likelihood that their subcontractors would not pay their workers properly.”

On the other side of the issue, people testifying against the bill criticized it as a burden on general contractors.

Jerry Vanderwood, who represented Associated General Contractors at the hearing, brought up a concern that subcontractors may “play loose with the law” if the bill passes, knowing that a general contractor could be on the hook for workers’ wages left unpaid.

And Rich Hjelm, president of the Building Industry Association of Washington and general contractor, said that providing the oversight required to ensure subcontractors were paying their employees would be unrealistic for people like him, who run small operations.

“We are small companies, we are the entrepreneurs of this state,” Hjelm said. “And I’m concerned that this bill would somewhat kill that entrepreneurial spirit. Knowing the burden that you would have to do, that if you want to be a general contractor or remodeler, you’ve got to track every single subcontractor.”

Shapiro pushed back on that idea after the hearing.

She said that other mechanisms, like bonding, can protect general contractors like Hjelm. In California, she said, there’s been “great success” with this bill and that “a lot of the contractors’ concerns that are being stated have not come to fruition.”

Tom Kwieciak, a lobbyist for the Building Industry Association of Washington, argued against the bill as well — he said that the existing process through L&I should suffice.

“There already is recourse in the system, and that’s the L&I wage and benefit office,” Kwieciak said. “If they’re not doing their job, then maybe we need to have L&I come up here and explain that rather than putting this on the employers.”

The bill was scheduled for executive session today, but the committee did not take action.