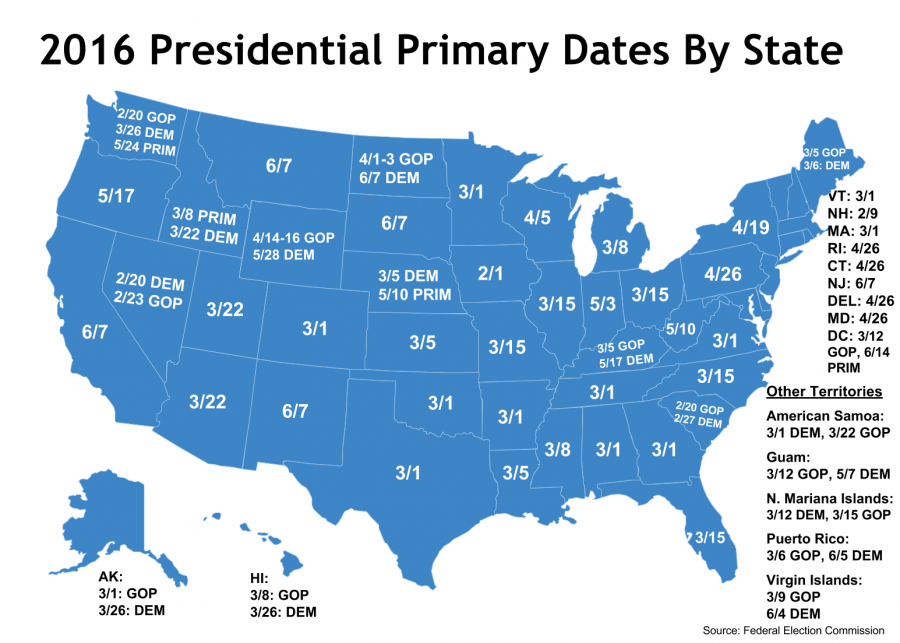 At the end of January, a bill to move Washington State’s presidential primary to the second Tuesday in March, up from the fourth Tuesday in May, passed out of the House Committee on State Government, Elections, & Information Technology with a “do pass” recommendation by a 7-2 vote.

In addition to moving the presidential primary date, the bill also allows the Secretary of State to change the primary date to coordinate with other western states to create a West Coast Super Tuesday.  Lastly, under current law, presidential primary voters must declare their political party affiliation for the same party of the candidate for whom they voted.  This bill makes voters’ party declaration public record, as opposed to providing each state party with a list of the voters who chose to declare affiliation with their party.

The voters of Washington State generally find themselves sitting on the sidelines as the rest of the country participates in heated presidential primaries to choose each political party’s nominee. An earlier presidential primary would give Washington voters the chance to weigh in before the field of candidates has narrowed and while the nomination is still in play, therefore increasing Washington State’s influence and importance in the process. It is hard to argue against elevating our state nationally and adding relevance to an expensive presidential primary, but it wasn’t always this simple.

It is helpful to have a little history to understand why this seemingly uncontroversial bill is worth watching.

In 2016, the Washington State Republican Party chose to allocate its delegates using the results from the presidential primary. The Washington State Democratic Party opted to use their March state caucuses to allocate delegates. While the Democratic candidates were listed on the ballot, the results of the presidential primary had no impact on delegate allocation, as evidenced by the contradictory results of the Democratic caucuses and primary.

By the request of Secretary of State Kim Wyman (R), a meeting was held in August 2015 to decide whether or not to move the presidential primary from May to March. The committee was made up of four Democrats, four Republicans, and the Secretary of State. Six votes were required to move the primary date. Two dates in March were suggested and all four Democrats voted “no,” while all five Republicans voted “yes.” Democrats argued that it would confuse their voters to have the primary so close to their caucuses. Sen. Sharon Nelson (D) worried “they will go to the polls and vote and … they will think they are choosing delegates.”

Interestingly, this proposed bill eliminates the date selection committee all together. If passed, the Secretary of State would have the authority to move the date in order to coordinate with other western states.

If the Washington State presidential primary is moved up to March, we can expect a few things:

As Secretary Wyman pointed out, “By the time Washington’s Primary Election rolled around in 2016, the two nominations had largely been decided – and yet 1.4 million people still participated. Imagine how many would have turned out if it were earlier?”

The new proposed date would mean the election would take place just one week after Super Tuesday. We could reasonably expect a significant uptick in voter turnout when the primary actually matters and voters have the opportunity to vote for their preferred candidate.

There is a companion bill in the Senate with bi-partisan sponsors that addresses moving the Presidential Primary to the second Tuesday in March as well. That bill was scheduled for a public hearing and executive session on Friday in the Senate Committee on State Government, Tribal Relations & Elections, but no action was taken. If these suggested changes go through, Washington State is going to experience the presidential primaries like never before.