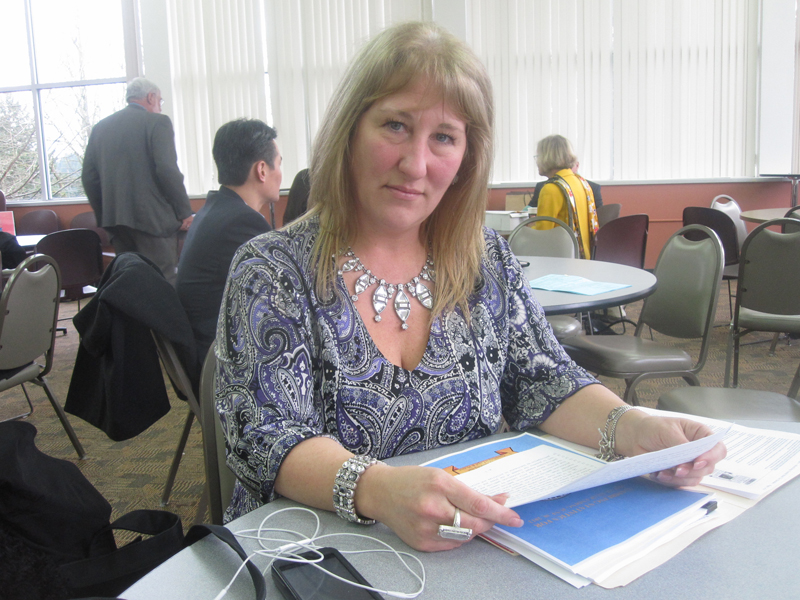 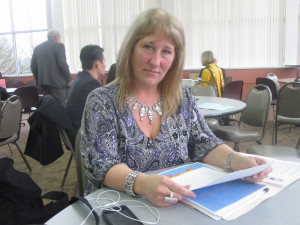 OLYMPIA, Feb. 14.—A bill that would gut the power of the state Gambling Commission and place most gaming decisions before the Legislature seems to demonstrate the growing ability of Indian tribes to win friends and influence people.

Sponsors of House Bill 1295 say they just want to make sure the Legislature can stop the expansion of gambling, by stripping the state Gambling Commission of its authority to approve new games, raise betting limits and make other rules regarding non-Indian gambling. Yet by clamping down on a small and shrinking segment of the gambling biz — the state’s cardrooms, pulltab sellers and charitable operators — the bill certainly seems to give an advantage to the Indian casinos that already have captured 79 percent of Washington state’s gambling revenue. The bill doesn’t affect the tribes. And that’s the one area where gambling actually is expanding, a seven-fold increase in the last dozen years, to $2.1 billion.

Now add to that the fact that tribal interests are working the bill, and that they contributed more than $1.6 million to political campaigns last election cycle. The little guys smell a rat.

“It’s sink or swim for us,” says Dolores Chiechi of the Recreational Gaming Association, which represents the non-Indian cardrooms. “It’s a matter of survival for our members at this point.”

HB 1295 is a matter of grave delicacy — the kind of thing you rarely see at the statehouse. Players are choosing their words carefully and they are doing their best not to make an obvious point. Tribal interests have become a major player at the statehouse, and these days they rank with the public-employee unions and trial lawyers as major backers of Democratic legislative campaigns. But some of that casino cash flows both ways. The bill has sponsors on both sides. So not a single finger has been pointed and the traditional casting of aspersions has been entirely avoided. It’s just that some lawmakers are willing to admit the public-policy argument for HB 1295 is so obscure they have trouble finding one.

State Rep. Cary Condotta, R-East Wenatchee, says cautiously, “There is some speculation that this would give the tribes more political power in the decisions that are made. The Gambling Commission was created to take the money and the politics out of it, and now they want to put it back in the Legislature. I am the first to say that I want to return some power to the Legislature, but in this particular circumstance I am questioning the motivation. I have some Democrats coming up to me and asking the same question – what’s going on here?”

A committee vote on the bill was scheduled for Thursday morning, but the item was taken off the calendar. 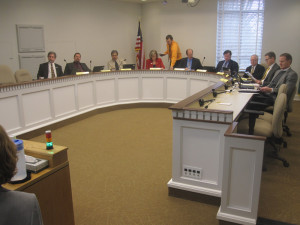 The odd thing? The Legislature already has authority over the big-picture issues – like whether to allow cardrooms and taverns to offer slot-machine-style gambling, video poker or other gaming devices. They have been saying no for years, arguing that it might expand gambling – at a time when gambling at tribal casinos in Washington has taken off like a rocket. The real effect of the proposal would be to end a four-decade-old arrangement by which the Legislature has been insulated from the nitty-gritty details of the gambling business, the ones that determine whether cardrooms operate at a profit or a loss.

Lawmakers say the bill was circulated for signatures by a lobbyist for the Muckleshoot Tribe, biggest-spending of all the state’s tribes in last year’s elections at $424,000. That’s another odd thing. At last week’s hearing Muckleshoot lobbyist Martin Durkan, Jr. stated that the tribe takes no position on the measure.

Action is on Reservation

The Gambling Commission was created in 1973 to wring graft and corruption out of licensing, enforcement, and the largely technical decisions associated with gaming regulation. The commission is so far removed from politics that once a commissioner is appointed and confirmed, removal requires a trial before the state Supreme Court. And where gaming regulation is concerned, its authority is actually pretty limited – the commission’s rulemaking authority covers only a portion of the non-Indian segment of the business. Horse racing and the state lottery are covered by other commissions.

That’s not where the action is. Net gambling receipts in Washington have tripled in the last dozen years, to a total $2.7 billion, and while cardroom revenue remains flat and charitable gaming is on the decline, tribal casinos are booming. Most of that is because the state allowed the Indian casinos to offer slot-machine-style gambling in 1999, while barring them at non-Indian establishments. The tribal casinos don’t face the same type of state micromanagement – their rules are dictated by government-to-government compacts negotiated between the tribes and the governor’s office.

The non-Indian cardrooms call themselves casinos, too, but they are limited to table games. Their ranks continue to decline in the face of competition; today they are down to 56 from a peak of 114. Chiechi’s association says about half are running in the red. And if you throw all decision-making to a political body like Legislature – she’ll give you odds no decisions will ever be made. She’ll also tell you that might be the idea.

Even if the Legislature was interested in processing requests for the endless varieties of blackjack and poker and new wagering procedures, it’s hard to imagine that lawmakers and their staff would have the time, Chiechi says. Often the commission takes six months or more before making a final decision.  “Essentially we would be frozen in time; we would have no new opportunities,” she says.

And of course there’s the vast and growing influence of the tribes in the political realm – precisely where those decisions would be made. In the last election cycle, Washington tribes and their gaming trade-association political action committees made $1.6 million in campaign contributions, according to records on file at the state Public Disclosure Commission. Some goes directly to individual candidates, most Democrat, some Republican. But about half of it goes to the Democratic campaign funds maintained by the state party and legislative caucuses.  Tribal contributions to Democratic campaign funds totaled $805,000; Republican campaign funds got $51,400.

Politics helps explain a few things. For years the cardroom operators have been agitating for the right to offer the same type of slot machines that are allowed at the Indian casinos, thus breaking the tribal monopoly. In 2004 they teamed with the state Restaurant Association to run an unsuccessful initiative, and they were beaten by an opposition campaign financed largely by tribal interests. During the last two cash-starved sessions Chiechi’s association and the restaurateurs have dangled various proposals before the Legislature that would give the state a big cut of the proceeds from off-reservation machine gambling – as much as $400 million a biennium. The tribes aren’t required to pay anything. Whatever the merit of the argument, the proposals regularly died quick deaths, and this year there is none.

“We’re finding that even our friends are scared to sign onto it now, because the tribes are upset that they signed onto the bill before,” Chiechi says. “A lot of people don’t want to put their name on something that is not going to go anywhere. It just puts a target on their forehead.”

If cardrooms wither, so does the threat of competition.

At last week’s hearing, the concern wasn’t the big expansion of gambling that has taken place at Indian casinos – it was the potential for small-scale expansion at cardrooms, which have dwindled to an eight percent market share. Last year, after four years of study, the Gambling Commission authorized an increase in betting limits for Texas Hold ‘Em games, from $40 to $100. Lawmakers gave the commission the power to do exactly that back in 1997, when they authorized house-banked card games. But Chairman Chris Hurst, D-Enumclaw, one of the bill’s co-sponsors, said the commission went too far by allowing a 150 percent increase. “I think that is a decision the Legislature should have had a greater hand in,” he said.

The board’s decision offers reason for the Legislature to take back the authority it granted years ago, he said, but it’s also the principle of the thing. “We have had a proliferation, not just in this area, but in other areas as well, where the Legislature has ceded too much of its authority to the executive branches of government to start legislating on its behalf, and one of my interests in this is not just this issue, but across the board with rulemaking, and are the elected representatives of the people having the adequate oversight they are elected to do?”

If the bill passes, it’s going to be a mess, predicts Bob Tull, a former Gambling Commission member who now represents a variety of gambling-industry interests in rulemaking hearings. The commission takes a pretty conservative approach to gaming, he says, perhaps more conservative than many in the industry would like. But he says it does offer a reasonably efficient, fair and technical evaluation of all the issues placed before it, as one might expect from a regulatory agency.

That goes out the window in the political arena, he says. Tribes will be able to play hardball before the Legislature in a way they can’t before the commission. Says Tull, “If people thought the commission was supposed to make sure that no one could make any more money or employ any more people or that businesses couldn’t grow, then that’s what the Legislature should have said. But they never did say that. And I would hope they wouldn’t want to, because that would be just saying, we don’t want competition, we don’t want opportunities for other people to come along, and that just seems inconsistent with normal notions of fair play.”