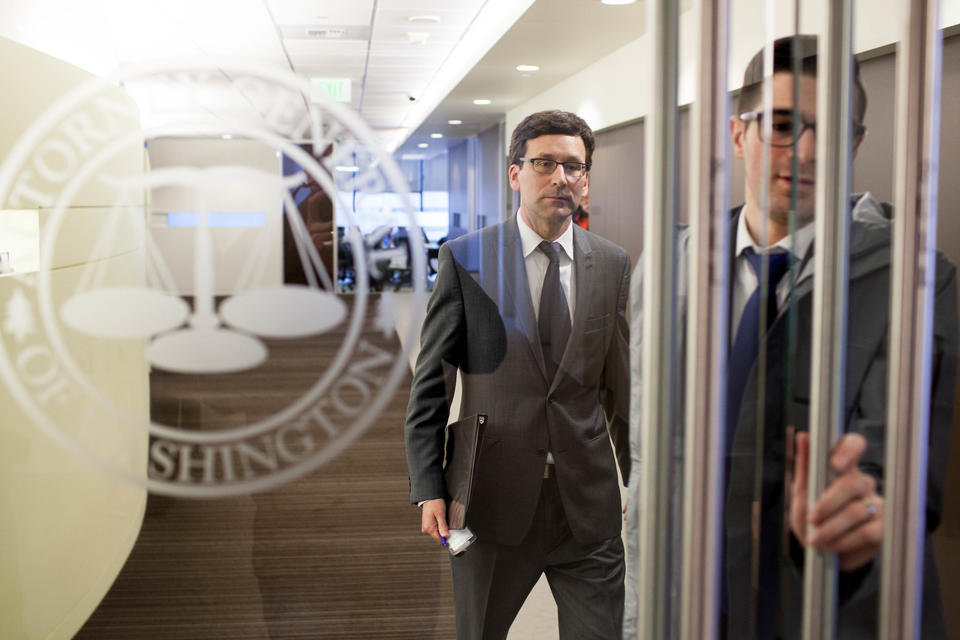 Attorney General Bob Ferguson announced today that Donald Frank Rooney of Everett has pleaded guilty to trafficking in species threatened with extinction under a voter-approved initiative banning the sale or transfer of products made from certain endangered species.

Rooney’s plea and sentencing in Snohomish County Superior Court represents the first-ever conviction under the Washington Animal Trafficking Act (WATA). Rooney was sentenced today to 15 days in jail, 30 days of electronic home monitoring, and will pay a $10,000 fine and a $4,000 criminal wildlife penalty paid to the state Department of Fish & Wildlife to help fund future enforcement. In addition to three items Rooney sold to Fish & Wildlife detectives that genetic testing confirmed contained ivory, he will also forfeit over 1,500 similar items found in his home.

“Washington voters sent a clear message that trafficking in items made from these endangered species will not be tolerated,” Ferguson said. “Today’s first-ever conviction under this important voter-approved initiative puts traffickers on notice — you will be prosecuted.”

“I am proud of my Department’s police officers and staff who have worked hard to bring this unprecedented case to conclusion, this is a win for wildlife and the citizens of Washington and sends a clear message that the illegal commercialization in both local and international wildlife will not be tolerated,” said Washington Department of Fish & Wildlife Director Kelly Susewind. “This is the first step of many in protecting the long-term sustainability of these threatened and endangered populations.”

Ferguson filed the criminal charges against Rooney under WATA in April.

The charges against Rooney were among the first brought under WATA, which was created by voter-approved Initiative 1401. More than 70 percent of Washington voters approved I-1401 in 2015. The law took effect in 2016. WATA makes it a felony to sell, purchase, trade or distribute parts of specific endangered or vulnerable species of elephant, rhinoceros, tiger, lion, leopard, cheetah, pangolin, marine turtle, shark or ray.

In late 2017, Washington Department of Fish & Wildlife (WDFW) detectives contacted Rooney after reviewing online listings for items they believed may contain elephant ivory. The detective went to Rooney’s home, and observed dozens of items that possibly contained ivory. The detective purchased three items believed to contain elephant ivory, which genetic testing confirmed. Officers later executed a search warrant on his home, and, as a result, confiscated more than 1,500 additional items.

Attorney General Ferguson created the Counsel for Environmental Protection in 2016 to protect our environment and the safety and health of all Washingtonians.

Under WATA, it is a felony to sell, purchase, trade or distribute parts of specific endangered or vulnerable species if the combined market value of such items is $250 or more.

It is not illegal to possess these items if they were obtained before WATA passed. WATA contains exceptions for some antiques and musical instruments. It also allows for the inheritance of covered items, and allows those who possess items covered by the act to transfer them to a museum or college for educational or scientific purposes. More information about the Washington Animal Trafficking Act is available here.

WDFW detectives investigate potential violations of WATA. The U.S. Fish & Wildlife Service performs genetic testing of items that may violate the act, as well as assisting WDFW in some investigations.