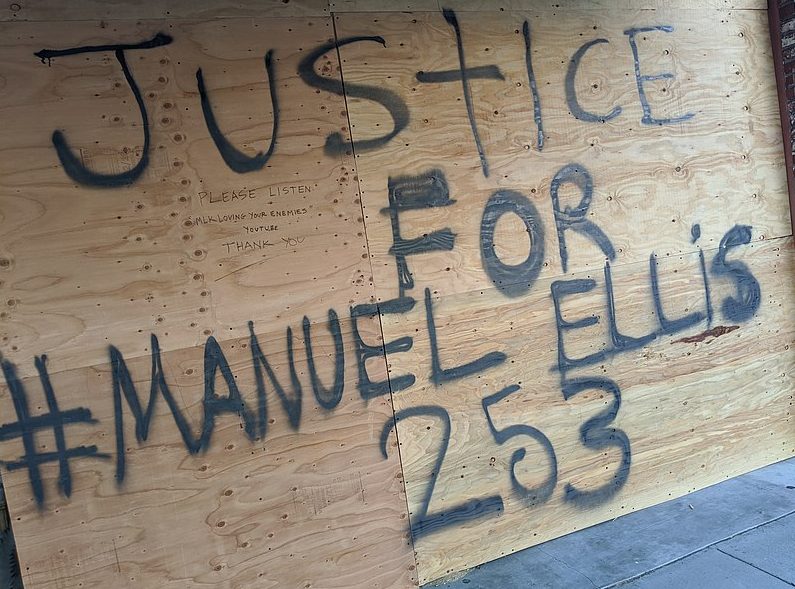 This is the first time the Washington Attorney General’s Office has criminally charged police officers for the unlawful use of deadly force, and just the second time homicide charges have been filed in Washington against law enforcement officers since Washingtonians adopted Initiative 940 in November 2018.

Mr. Ellis was killed on March 3, 2020, in Tacoma while being detained by Tacoma Police. The investigation was originally handled by the Pierce County Sheriff’s Office. Months later, it was revealed that Pierce County Sheriff’s personnel were involved in Mr. Ellis’s detention. Subsequently, Gov. Jay Inslee directed the Washington State Patrol to investigate Manuel Ellis’ death and referred the charging decision to the Attorney General.

The Attorney General’s Office conducted additional investigation. The Office interviewed new witnesses and identified and examined additional forensic evidence. The office retained an expert on police use of force. The office also retained video and audio experts to synchronize the different audio and visual evidence captured by multiple sources, and produce a comprehensive transcript of the incident. All of this work was critical for the review team and the use of force expert. Consequently, a charging decision could not be made until its completion in May 2021.

Today’s charges are based on the evidence available at this time. The office’s investigation remains ongoing.

The Rules of Professional Conduct govern what a prosecutor in a criminal case may say publicly before trial. As the prosecutor in this criminal matter, the Attorney General’s Office and its representatives are prohibited from making public statements beyond the narrow scope allowed by the Rules of Professional Conduct. The office will make every effort to be transparent with the public, while upholding its responsibilities as a criminal prosecutor.

See the statement of probably cause in its entirety here. The statement includes evidence collected by the State Patrol and the Attorney General, including a timeline of the events leading up to Manuel Ellis’ death on March 3, 2020.