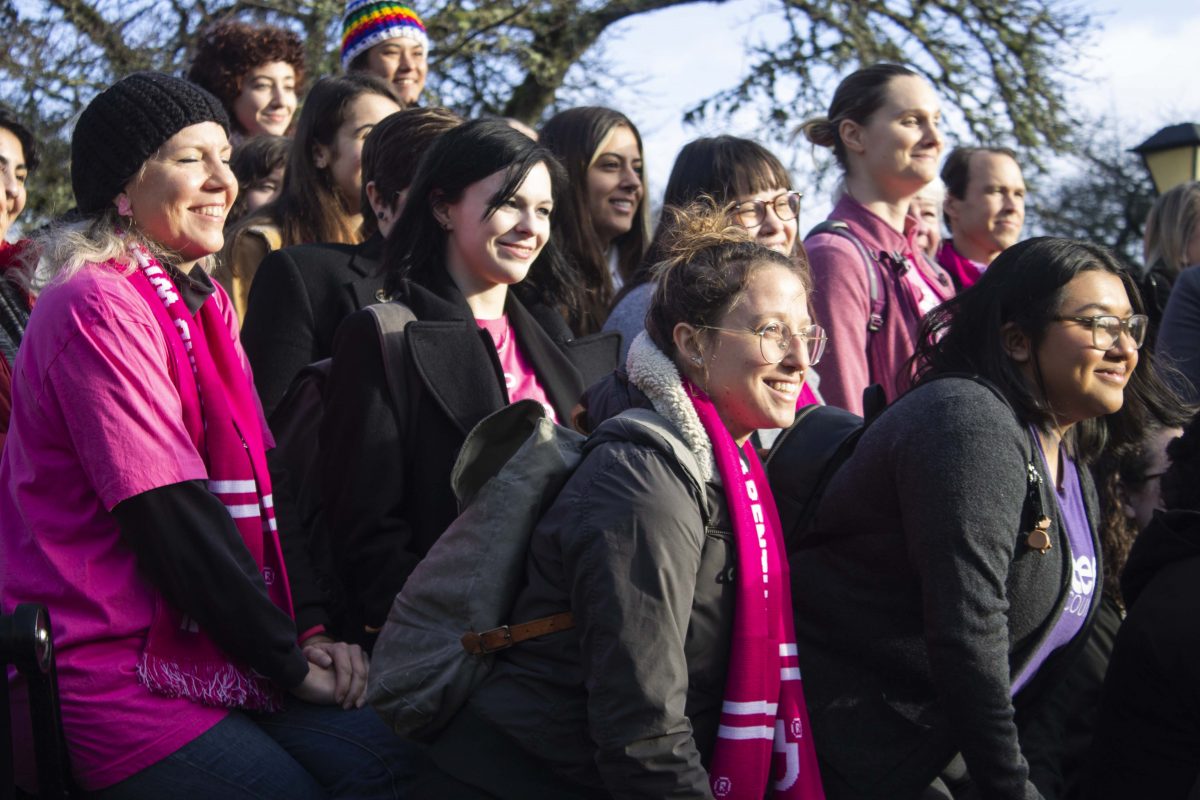 In a public hearing over House Bill 2184, The House of Representatives Education Committee took comments from advocates for and opponents of the sexual health education bill, which would require all school districts in the state to provide comprehensive sexual education.

The bill is a response to what the bill’s sponsor, Rep. Monica Stonier (D-49th District) called an epidemic, pointing to students’ stories of unwanted sexual advances or manipulative relationships.

“Students don’t feel that they are equipped with the skills or the empowerment to keep themselves safe and healthy,” Stonier said. “I think many of us here agree that we can respond in a meaningful way through this bill.”

If passed, HB 2184 would require all public school districts in the state to adopt a comprehensive sexual health education curriculum that includes instruction about affirmative consent by the 2022-23 school year. Affirmative consent is defined in the bill as conscious and voluntary agreement to engage in sexual activity.

According to some of the testimony in Thursday’s public hearing, not every student had an adequate education in school regarding healthy sexual interactions and consent. With a bill that provided that type of instruction, students would have the information they need to protect themselves, some said.

“Had I known more about consent, sexual assault, healthy relationships and STI [sexually-transmitted infection] prevention, I would have been able to protect myself and get appropriate assistance” said Jessica Cole, who provided testimony on the bill and experienced assault. “Comprehensive sex ed decreases stigma and increases understanding.”

The bill also includes a provision that would require all materials in a school district’s curriculum to be medically and scientifically accurate and be appropriate for all students. The medical and scientific accuracy of the information in a school district’s new sexual health education curriculum would have to be verified and supported by scientific methods, as well as be accurate and objective according to professional organizations in the field. These organizations include the American College of Obstetricians and Gynecologists, the Washington State Department of Health and the Centers for Disease Control and Prevention.

Abstinence would have to be included in the curriculum, in addition to other methods of preventing pregnancy and sexually transmitted diseases.

Bystander training, too, would have to be included in the curriculum. While bystander training is not defined in the bill, the term is generally acknowledged to be training in how to respond if someone witnessed an attack or assault. School districts would also consult with parents, legal guardians, members of the community and the Washington State School Directors’ Association by the 2020-21 school year on instruction and materials used in the new curriculum.

All students from sixth to twelfth grades would have to receive comprehensive sexual health education by the 2021-22 school year, the bill continues, and the new curricula adopted by school districts to comply with the new regulations would have to also meet the standards set by the 2005 guidelines for sexual health information and disease prevention.

Parents and guardians who want their student excused from the school’s sexual health education curriculum can still request in writing that they be excused from all or parts of the curriculum. Under the bill’s current provisions, the school or school official to receive the request would have to excuse that student.

Those in support of the bill voiced agreement to the provisions of the bill that protect the ability of students to get sexual health education that meets the increasingly varied needs of a diverse student population all over the state.

“We want to make sure all students in Washington get the information that they need in order to make healthy decisions,” said Courtney Normand, Washington director for Planned Parenthood Votes Northwest and Hawaii. “We know a little more than half the schools in Washington do offer some kind of sex ed, but for those remaining schools, we have youth who are being left in the dark. It’s time Washington steps up to be there for our youth so they have the information they need.”

The bill, if passed and signed into law, would also require the state’s Office of the Superintendent of Public Instruction (OSPI) to request each school district to submit the new curricula, and schools would have to send it to the OSPI.