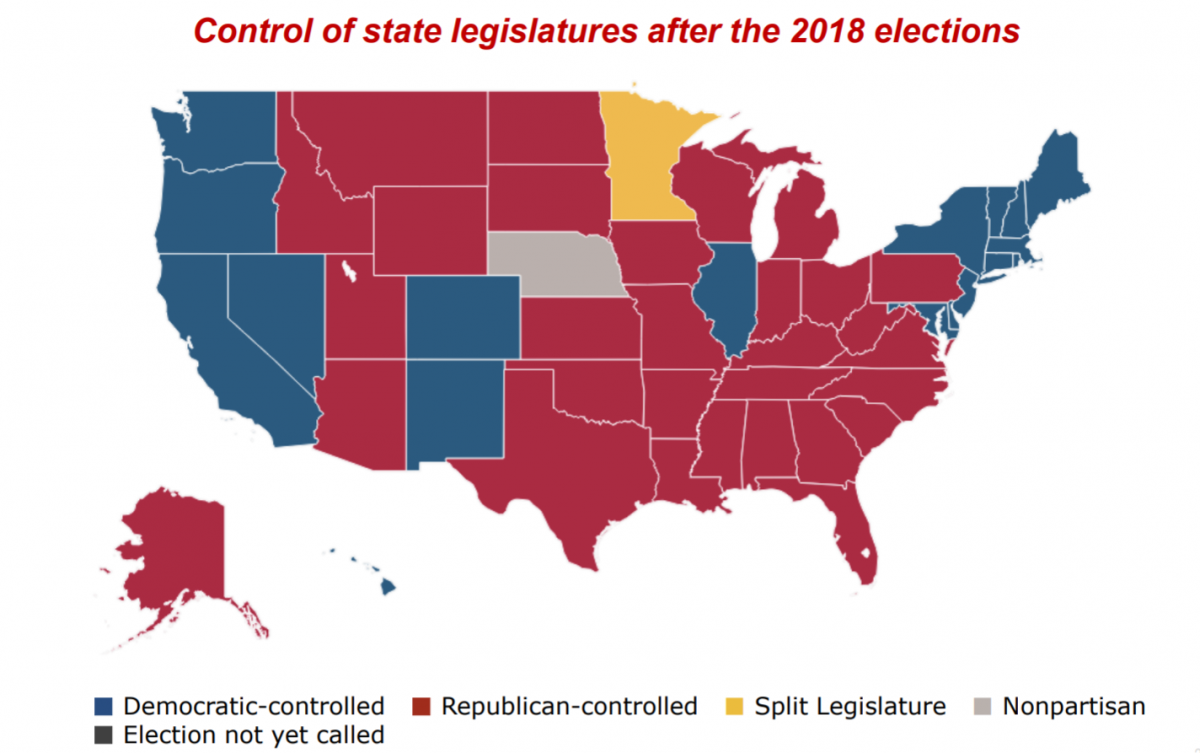 A DC lobbyist’s take on the midterms

Washington DC lobbyist Bruce Mehlman recently published a slide deck detailing his interpretation of the 2018 midterm election results. He breaks down the election overall, the House and Senate elections separately, and the potential impacts of the results.

Mehlman presented data showing two-thirds of voters were sending a message about the president with their votes this election. That’s a record, and it played out in both legislative chambers. What wasn’t record-breaking or surprising, though, was the change of power in the House.

“Change is the new normal,” one of Mehlman’s slides reads. “Eight of the last 10 elections changed control of the White House, House, and/or Senate.”

One slide features the buzzworthy fact that this year saw the highest midterm voter participation in 104 years — 49.2 percent of eligible voters. However, Mehlman tempers that with international perspective: That still makes us number 11 in the world for voter turnout in recent, national elections. 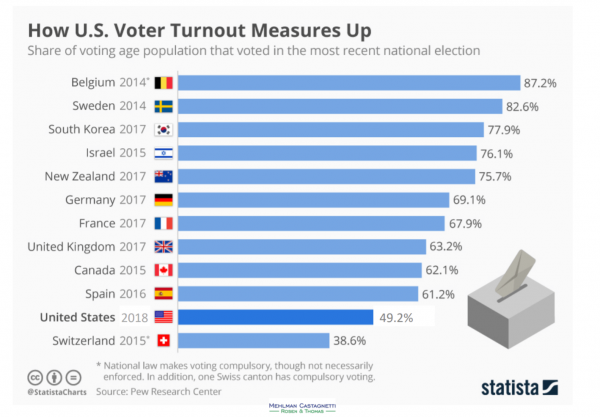 What happened in the House

By Mehlman’s account, Dems won the House for four reasons: 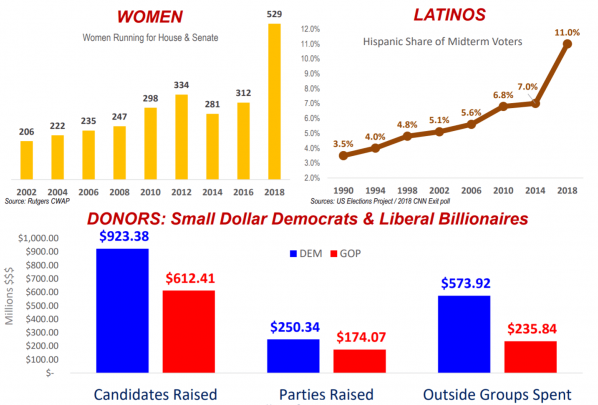 That; and, Mehlman asserted,

“IT WASN’T THE ECONOMY, STUPID.”

In other words, a well-performing economy does not equal automatic re-election for the presidential party. Especially when voters consider other issues more important. 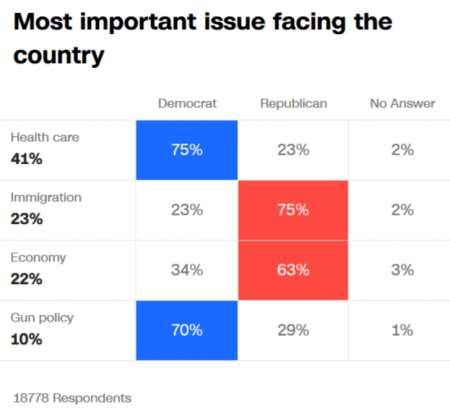 What happened in the Senate

The Senate was a different story. According to Mehlman, the GOP grew its Senate majority for these main reasons:

In both the House and the Senate, Mehlman listed geography as working in the favor of the party that won the most seats. A takeaway trend, according to Mehlman, is that “geography is destiny.” His evidence: the party-reference gap between Rural and Urban voters is one of the fastest growing demographic divides. 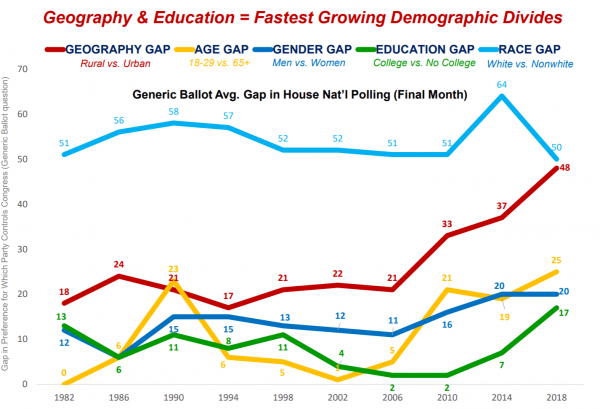 Some of Mehlman’s most interesting observations are this election’s implications going forward, and most have to do with a clear divide between parties. For one, a vast majority of Democratic congresspeople will now be from the coasts. 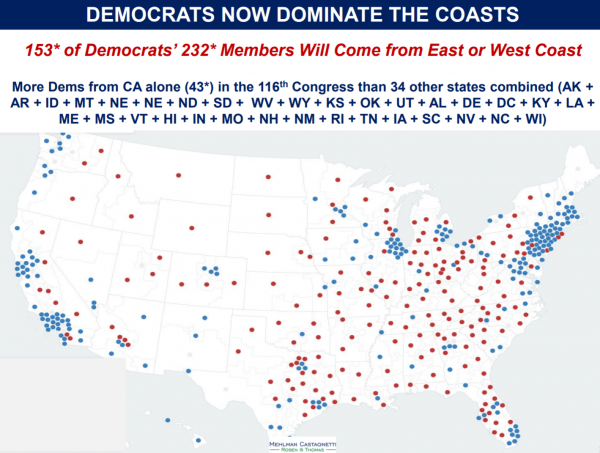 Via several stats, Mehlman demonstrates that there are increasingly fewer “purple” states. Split Senate delegations are at their lowest in at least 40 years, and we now have the lowest number of states with split legislatures since 1914 — just one, his slide shows: Minnesota. 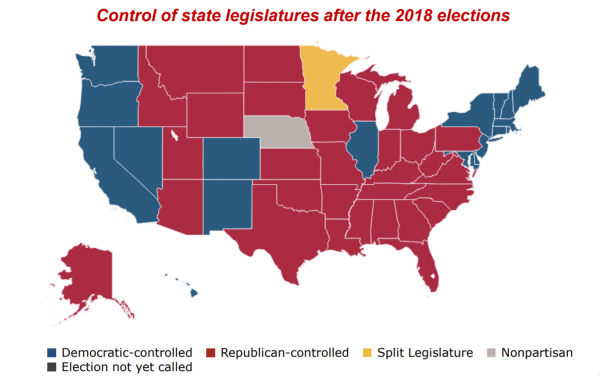 As we approach the 2020 elections, Mehlman offers a couple noteworthy trends and predictions:

As examples of citizen-driven change, he said to watch out for three issues in particular that played a role in state elections during this year’s midterms: redistricting process reform, Medicaid expansion, and criminal justice reform.

“[Florida] measure to restore voting rights for non-violent felons got more votes in midterm than Trump got in 2016 general… odds of federal criminal justice reform went up,” Mehlman predicts.