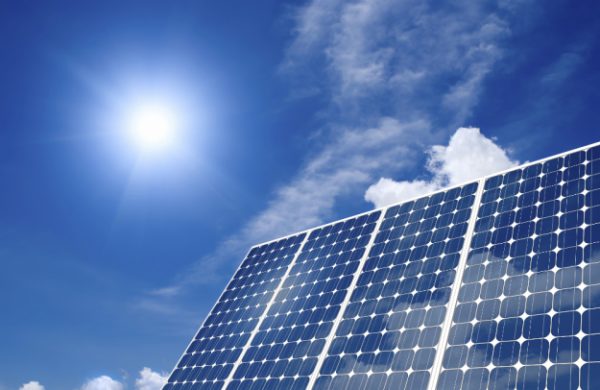 A closer look at grid reliability and clean energy

How to maintain energy reliability while transitioning to a clean electric grid will be a key issue for state and federal agencies, as well as power utilities in the coming years.

In 2019, the Washington State Legislature passed the Clean Energy Transformation Act, committing the state to using carbon-neutral power by 2045. On top of this, starting in 2030 only 20% of energy provided by utility companies in the state will be allowed to come from carbon-emitting sources, and the use of natural gas must be offset by emissions reductions elsewhere.

George Caan, executive director of the Washington Public Utility Districts Association, said he’s worried that if the clean energy transition isn’t managed properly, it could lead to a situation like in California, where grid instability led to the state allowing carbon-emitting gas and diesel generators to operate.

In an interview with the Wire, Caan said utility companies focus on three goals, which he likened to legs of a stool: reliability, affordability and clean energy.

“Over time, there has been an increase in the desire for cleaner energy,” Caan said. “And over time it has taken those other two legs of the stool sort of as a second order. No one has forgotten about those, but it hasn’t maintained the same level of priority… keeping the lights on is the number one goal of a utility.”

Caan said wind and solar energy are intermittent resources, meaning they’re only generated when the wind is blowing or sun is shining, in contrast to fuel-burning or nuclear plants which can operate continuously. As the population grows, and electric vehicles become more common, the power grid will need more energy.

There have been proposals and pilot programs to include alternative technology, like battery storage, or creating more energy efficiency in buildings, but Caan said energy these won’t increase power generation enough to meet demand on a peak day.

“Those are solutions, but they’re not full-borne solutions,” he said. “You either have to build generation or build transmission to bring generation.”

Building out transmission would allow energy to be moved more easily between regions. For example, if there’s no wind in Washington, but customers need power, transmission lines could bring it from other areas of the country. But this comes with its own set of problems, including trying to build lines across the Cascades.

However, Fred Huette, senior policy associate with the NW Energy Coalition, said the Pacific Northwest will likely need more transmission and sees it as a way forward, while stating that completing a transmission project can take anywhere from six to 15 years due to their environmental and community impacts.

“Those projects are kind out there already, but then the question is how much more do we need, and where,” Huette said.

Already, as coal-fired power plants are retiring, with 2025 being the date set by the legislature for utility companies operating in Washington State to scrub coal from their portfolios. As they do, it frees up transmission capacity for other forms of energy generation, including from renewable sources.

He also sees potential in building onshore or offshore wind power generation to create more energy sources flowing west to east, instead of east to west across Washington. This could help avoid having to build power lines across the Cascades.

As the use of coal winds down, natural gas has been utilized to help meet energy needs in the state. According to the U.S. Energy Information Administration, natural gas was estimated to be the second largest source of energy for Washington State, second only to hydroelectric generation, supplying a significant amount of energy.

Natural gas creates only about half as much emissions as coal when burned, there are concerns among climate scientists that instead of replacing coal, in many places it is supplementing it. And the process of acquiring natural gas through fracking often leads to methane gas leak. Methane is a greenhouse gas that is up to 90 times more powerful than CO2 in the short term.

For Huette, a future green energy grid relies on a concept the NW Energy Coalition calls the ‘harmonious grid.’ The basic idea is that different aspects of the system are coordinated, from energy generation and distribution, to consumers sending power back into the grid through home-based solar panels and similar technology.

While this would require more coordination, Huette thinks it could ultimately create a more stable grid with more sources of energy to draw on, and create more efficiency. The main questions facing policymakers and utility companies is where to site power generation facilities, and where to build transmission lines.

The NW Energy Coalition will be providing feedback to the Federal Energy Regulatory Commission on a proposed rulemaking hearing tomorrow on revisions to regulations governing electric regional transmission. As energy generation shifts from being located near population centers to ones that may be located far from cities, demands on the transmission system are growing.

In late September, the federal Bonneville Power Administration which manages energy from dams, announced it was joining the Western Energy Imbalance Network, an organization of energy providers that operates a real-time energy market across the West. The network allows power to be shipped across 14 U.S. states, portions of Canada, and part of Baja California in Mexico.

Even with this, Caan is wary of ditching traditional forms of power generation entirely without careful planning.

“The bottom line is that even when you have attention paid to the resources or you have large markets, if you don’t have resources it doesn’t matter,” he said. “So I think the rush to ban natural gas is foolish. We should be careful.”

Huette also said he doesn’t want to find the region in a situation where energy generation is being taken away without being replaced. The idea of the harmonious grid could be used to connect more resources into the grid while phasing out fossil fuels.

“We have the technologies and we have the ability to shift away from polluting resources and greenhouse gas emitting resources,” Huette said. “We have a lot more resources out there that can be pulled into the system, but we have to be intentional about it.”