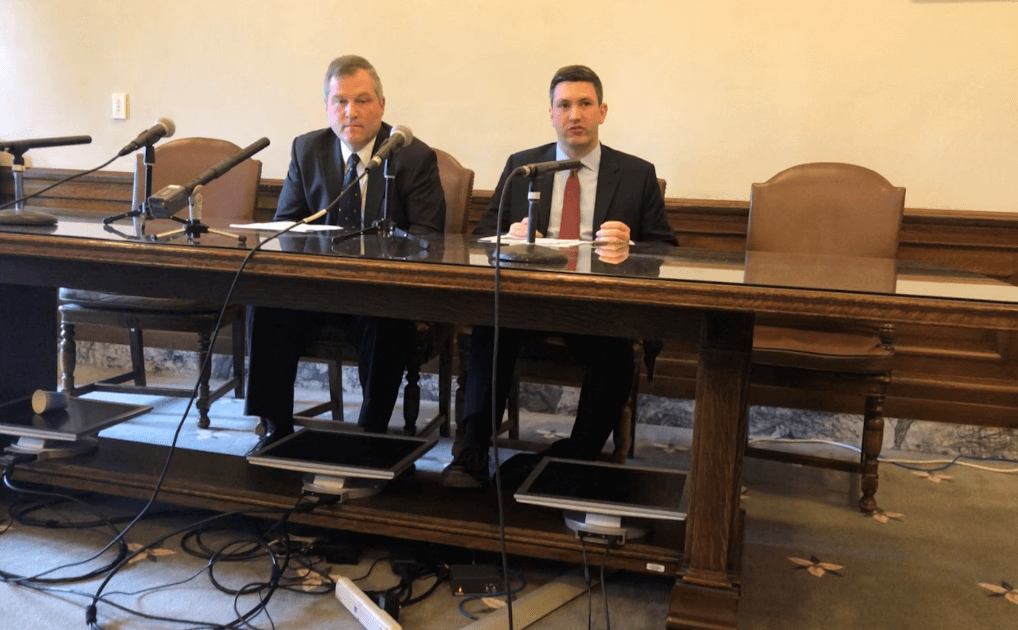 The leaders talked over their ideas to make use of the state’s rainy day fund, foundational public health investment, and the governor’s emergency powers.

Stokesbary has proposed that the Legislature use $200 million from the state’s budget stabilization account, often referred to as the “rainy day fund”, to pay for the Working Families Tax Credit, which was originally passed in 2008.

Our Republican Caucus is probably united more by fiscal restraint than any other single issue. So I don’t take lightly the idea of using the bulk of our state’s rainy day fund, but boy if we ever had a rainy day it’s right now. It’s a torrential downpour. I can’t think of a more appropriate time than now.”

Rivers pointed to the demise of a bill she introduced in 2017 which would have increased funding for foundational public health services. The bill passed out of the Senate Committee on Health Care but later died in the Ways & Means Committee.

Stokesbary said that the state’s public health system has long been underfunded on the watch of Democratic governors. He criticized Gov. Inslee’s proposed tax on health insurers, maintaining that it is the wrong way to go about financing more public health investment.

This state has had Democratic governors since literally the day I was born. Its foundational public health has not been adequately funded so far, and that lays on their shoulders. If it is as important of a priority as the Governor and others say it is, it should be funded first out of existing revenue, not reliant on a brand new tax stream.”

Communication with Gov. Inslee has improved

After a long period of back and forth with Gov. Inslee’s over a variety of issues since the pandemic began, the Republicans leaders said they had a cordial meeting with him last week. Braun said it was one of the better meetings he’s had with the Governor.

I was clear with him that none of our concerns about his choices are personal. I don’t question his motives and that he genuinely cares about the state of Washington. I just ask that he doesn’t question ours.”

Another meeting is scheduled for Friday with the Governor and Republican leaders.

On Wednesday, Braun released a statement criticizing Democratic legislators for introducing a resolution that would extend Gov. Inslee’s emergency orders “until the termination of the state of emergency…or until rescinded by gubernatorial or legislative action.”

Since Republicans signed on to every proclamation included in the resolution, Jinkins said this line of criticism was disingenuous.

Braun acknowledged that Republicans agree with the proclamations, saying that they “broadly help out state’s citizens,” but he objects to their indefinite extension.

The first substantial action by the Legislature once we get into session after ten months of saying ‘hey why are you keeping us out’ is basically to say ‘it’s all good governor, do what you want indefinitely.’ It just doesn’t make sense.”

Rather than an indefinite extension, Braun would have liked to see an incremental extension.

Wilcox said that he was “shocked” to see that the resolution calls for an indefinite extension. The constitutional experts Republicans consulted said that it would be difficult to define the extent of an emergency, Wilcox continued.