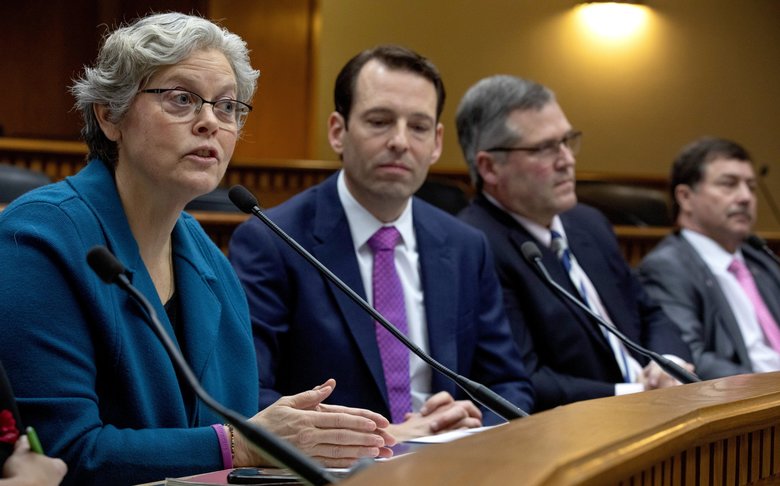 The leaders addressed a variety of topics, including what bills will take precedence this session, when significant floor action will begin, efforts to change laws surrounding gubernatorial emergency powers, and vaccine distribution.

What bills will be brought to the floor first?

The first bills brought to the floor will be related to pandemic relief. These bills involve expanding unemployment insurance and spelling out the allocation of federal funds.

Jinkins said the allocation will include about $25 million for food assistance, over $300 million for rental and utility assistance, $120 million or more for business assistance grants, and additional funds for child care assistance. Jinkins anticipates these figures are the low-water mark for legislative budget teams as they figure how to best disburse federal funds.

Outside of direct pandemic relief bills, Billig said that Democrats will be focused on making investments that “break the cycle of poverty,” such as child care, health care, and education.

We’re going to make life better for every Washingtonian, but especially middle and working class families. Our entire policy agenda is focused on that.”

When will the floor votes occur?

Billig said that when Congress passed the latest relief bill, the Legislature had to shift its attention to getting a clear understanding of the rules around that money, diverting efforts away from the state relief bills for a few days.

Based on how long it will take to get the bills through committee, Billig said his caucus is looking at the third week of session to start passing bills.

On the house side, Stonier anticipates floor votes to begin late next week. It remains to be seen which bills will be ready with the amendments they might require to move forward. A more robust list of bills ready for floor action is also expected during the third week of session.

Jinkins said some bills might make it out of executive session later this week, making them eligible for floor action next week.

Where Democrats are on the governor’s emergency powers

Responding to the push by Republicans and some Democrats to enact legislation that would limit the governor’s emergency powers, Jinkins said that yesterday’s adoption of joint rules would allow the House and Senate to call themselves into special session. These rules will be in place for the next two years.

That is our primary role of oversight on the governor’s executive powers. I feel pretty firmly that the governor’s use of executive powers has saved thousands of lives in the state of Washington,” said Jinkins. “I’m disinclined to want to alter those too much, although we’ll see what legislation comes forward on this. I would just also note that the four corners having signed off on his proclamation – it may have even been hundreds of times if you look at the proclamation – provides extraordinary oversight for us.

Earlier Wednesday, Senate Minority Leader John Braun released a statement criticizing Democratic legislators for introducing a resolution that would extend Gov. Inslee’s emergency orders “until the termination of the state of emergency…or until rescinded by gubernatorial or legislative action.”

Democrats, Braun said, are effectively relegating themselves to the sidelines by introducing the resolution.

Based on the four corner approval for many of the governor’s proclamations, Jinkins said the Republican line of criticism is disingenuous.

There is not a single proclamation listed in this resolution that Republicans haven’t signed to extend multiple times. The critique is disingenuous in my book because of that.”

Billig followed up by saying that Republicans could have suggested substantive changes through amendments, but they did not.

It would have been appropriate to suggest some changes. There are no substantive changes because I think they actually agree with the content of the proclamations,” said Billig.

One question that might be worth taking a look at is how much oversight the Legislature has when the governor spends large sums of discretionary federal funds, Billig continued.

What role will the Legislature play in the state’s vaccine distribution effort?

Jinkins thinks the Legislature should play an oversight role in the state’s vaccine distribution process.

We should understand how much vaccine we’re getting, when we’re getting it, what the plan for distribution is, and there should be as little lag as possible between receiving the vaccine and it getting into people’s arms. I think that we have a real responsibility for oversight on that.”

In communications with the Department of Health, Billig said legislative leaders have made clear that they do not want a lack of resources to inhibit vaccine distribution and that the Legislature would step in to provide more resources if needed.

Asked about whether the Legislature would weigh in on the vaccine prioritization list, Jinkins pointed to a quandary legislators often observe.

What I have seen so far is that everyone who advocates that they should be placed higher on the list doesn’t want anyone else lowered on the list. Which is very similar to what we see with the budget, where everyone wants you to spend more but no one wants any money taken away from anyone else.”