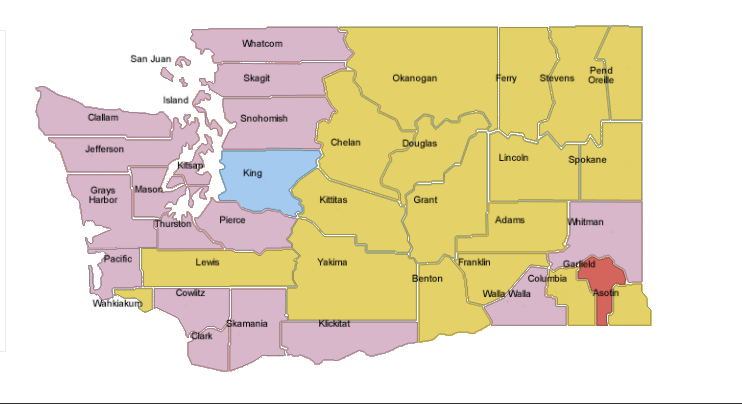 What message will win out in a Heck vs. Liias general election?

Enough ballots have been counted to ensure that Congressman Denny Heck and State Senator Marko Liias, both Democrats, will advance to the November general election.

In the general election, Heck and Liias will contend with the political dynamics of an intraparty statewide contest.

Looking ahead to the general, the question is, now that all the voters who didn’t participate in the primary or voted for another candidate are free to play – How will that contribute to this dynamic? And obviously coming out of the primary with a second place finish with a more progressive base, Liias is going to have to pivot toward a message that can appeal to more moderate voters and Republicans. At this point, it’s a mathematical necessity,” said Ben Anderstone, a consultant at Progressive Strategies NW.”

In the primary, Liias ran on a progressive message. Liias’ policy page mentions his support for single-payer healthcare and progressive tax reform. Heck, a member of the centrist New Democrat Coalition in Congress, is regarded as a moderate Democrat.

While the general election could play out along factional lines within the Democratic Party, Anderstone said that the contrast between the candidates may have as much to do with name recognition as ideology.

Heck’s strong performance in Thurston and Pierce Counties suggests that among voters who know him, Heck is quite popular. While Liias carried King County, Heck carried almost every other county in Western Washington. Republican Marty McClendon carried Lewis and Wahkiakum Counties.

Only 28,000 votes down in King County as of the latest returns, Heck’s advantage in the rest of Western Washington has translated to a lead of about 7 percent, or 155,000 votes.

Anderstone isn’t convinced that the size of Heck’s lead can be traced to his name recognition,

Heck certainly has done a lot of national television appearances. A lot of politically active Democrats are familiar with him. But has that permeated down to the level of a regular old primary voter, let alone a general election only voter? Probably not,” said Anderstone. “I do think that even though there is an ideological divide, it’s worth noting that the results don’t look the same as other results in Washington that had an ideologically driven primary. The Sanders- Biden results, for instance, were pretty tight and Sanders ended up carrying a number of counties. So, it is totally possible for a progressive candidate to emerge from the primary with a lead. The fact that Liias is a little bit behind will be a challenge for him. He needs to recover a little bit.”

And what of dislocated Republicans or voters who didn’t participate in the primary?

Anderstone said that the framework laid by Bernie Sanders – talking about income inequality and the impacts of globalization on rural economics – is a potential on-ramp for Liias to make inroads with rural voters, at the least.

Nevertheless, it remains to be seen whether such a strategy, rather than moving to the center on economics, would alienate economic moderates.

Based on the statement Liias provided to the Wire after the first round of primary returns, he seems to be leaning into a message centered around political outsidership rather than economic populism.

This November’s election is going to be about making needed changes from the DC insider status quo — putting hard working people and struggling families above lobbyists and special interests. Washingtonians will unite around our barrier breaking campaign to be the first LGBTQ statewide executive in state history,” said Liias. “The November electorate will be younger, more progressive, and more reflective of the opportunities for generational change in our politics, sharing my vision for the future of our state. I’m excited for the weeks and months ahead.”