Meg Jones is the Executive Director of the Association of Washington Healthcare Plans, an advocacy organization representing all major health plans offered across the state, carriers that offer plans on the Washington Health Benefit Exchange, and carriers with Managed Care Organization contracts via the Health Care Authority.

For this Q&A, we asked Jones to comment on the evolving public option bills — both of which have changed substantially since we last wrote an update.

The bills made it off both the House and Senate floors and will now be heard in the opposite chambers. The Senate bill passed off the floor the day before our conversation.

Sara Gentzler: Maybe a good place to start is for you to talk about how the Senate bill would currently operate from the perspective of plans. And then, how the House bill differs, as it stands now.

Meg Jones: Senate Bill 5526 is the version that just passed out [of the Senate] yesterday.

And then, the bill contains provisions for two separate studies: One, an assessment of the bills themselves that would be done annually by the Insurance Commissioner’s office. And, a study of a program to develop cost-subsidy support for individuals who don’t have federal subsidies on the exchange for purchasing plans.

The third aspect of the bill coming out of the Senate is that it sets the Health Care Authority up to conduct a competitive procurement that health carriers would have to bid on. There are a number of criteria related to quality and value-based contracting requirements that need to be in the plan.

And then, the Health Care Authority is authorized to negotiate with carriers with the goal of reducing premium in 2021, so that it’s not any higher than the premium is in 2019 – as in, this year.

SG: Is that third aspect what they call the ‘active purchaser’ portion?

MJ: Some people have referred to that as an active-purchaser model. It’s a selective-contracting approach that gives the Authority the authorization to seek lower rates than are actuarily indicated by what the plans actually cost.

SG: That’s the Senate bill. What are the differences in the House bill?

MJ: The bill that came over from the House differs from the Senate bill in a couple of key ways. It has the same provisions relating to non-standardized and standardized plans – they’re the same in that regard.

SG: So, non-standardized plans are allowed now in the House bill.

MJ: Correct. There will be standardized plans in addition to the non-standardized plans. But, the House bill establishes a cap on the rates that carriers are allowed to pay to providers and hospitals for services. It sets them at Medicare levels.

SG: It still does, and the Senate bill doesn’t set that rate anymore.

MJ: The Senate bill cut that out. In addition, it imposes a 90 percent medical-loss ratio requirement for the bills, which means carriers must spend 90 percent of every premium dollar on benefits and only 10 percent on administrative cost.

And then, the bill also changes it from an RFQ – which, basically, means any carrier who qualifies can participate in the program – to a selective contracting program.

SG: Do you know, at this point, if the Association were to sign in to testify in public hearing – on either or both of the bills – for what position you’d sign in?

MJ: We haven’t come to a final position on the bills, specifically. Especially the Senate bill. It just passed, late last night.

What we do know is that this represents a huge shift in the way insurance carriers help people pay for their health care. And it’s driven by the fact that people, clearly, are expressing to their legislators that they believe they are being asked to pay too much out-of-pocket as their contribution to paying for their health care.

Our job, as carriers, to help people pay for their health care, but not to pay for all of it. We can’t.

Part of what is missing from both of these proposals is a balanced assessment of what is driving the underlying cost of care. What is driving cost up? And how do we address that? Because, until we address that, we will never really solve the affordability problem. We will just be artificially pushing cost savings in one sector off into another sector.

SG: I remember you testifying about that early on, how the Association felt the public option could have – no pun intended – a cascade effect. Do you think there’s something that could be included in the bills that could address that ‘missing’ piece?

Part of the reason we’re not sure is we’ve had a very limited period time to look at this and, collectively, come up with great ideas. We didn’t see the bills until we were a week into session. In that environment, to try to come up with a constructive proposal that will work for providers, hospitals, carriers, consumers – it takes time.

There are a number of different approaches that are being pursued all around the country. Some of them, we know, are working. The programs that use 1332 waiver moneys to support reinsurance programs seem to be generating great success in reducing premium.

We think that there are a number of actions that could be taken to limit, or address, the underlying cost of prescription drugs, which is a huge driver. It constitutes 23 percent of every premium dollar.

We know that there are a number of issues in Washington State: Provider shortages for certain, key types of services, will always drive costs up. Because, when there are fewer folks to provide the service, they’re going to be able to demand more money to provide that service. And they do.

We need to address the underlying causes and really come up with a comprehensive proposal. Which is why one of the things we’ve been asking for since the beginning of session, when these proposals were initially introduced, is to take a step back and to actually spend the time between now and December of this year to work with experts, work with data, and identify what the best solution for Washington State is to address affordability.

Most other states that have initiated some kind of individual market reforms are aware that there are unintended consequences associated with those reforms. You need to really evaluate them using numbers, using actuarial experts. Using the best thinking, and looking at how it’s going to impact the competitiveness of the carrier marketplace, the number of choices consumers have, what consumers actually need. We haven’t had the time to do that.

We think that, rather than pursuing any of these proposals right now, our counsel is to actually engage in some kind of an assessment and come up with a blueprint. We think that makes the most sense, and it’s the best way to go.

Most states that have undertaken that type of reform have all done those types of studies. Oregon is a classic example: They thought they had a solution, they wanted to copy what Maryland did. But their study commission evaluated it and said, ‘That’s not the right answer for Oregon, we have a different proposal. Here it is.’

SG: In a reality where one of these passes and the worst-case scenario happens, what are the impacts you see as a consumer?

MJ: The Association asked an independent actuarial firm to take a look at that.

SG: Is this Milliman?

But, essentially, what they identified were a number of scenarios where providers would need to recapture the revenue they’ll lose because of the rate caps. To do that, they will restrict access to Medicaid individuals, which is already a population that has some access problems in terms of being able to find providers who are willing to see them or accept new patients, because Medicaid pays less than Medicare.

They would be losing revenue for their individual enrollees, and in order to make that revenue up, they’ll have to increase the number of patients they see – so they see them for shorter periods of time – which we think would affect care quality. In addition, they’ll charge the market more for the commercial plans that are offered through small employers and large employers.

When that happens, those employers will start looking at their expenses, because they’re businesses and their benefits that they offer to their employees cost money.

In the small market, small employers don’t have to offer coverage, and it would be just as easy for them to say, ‘Go and purchase through the individual market.’ So, people lose health care coverage through their employer.

In addition, large employers – particularly with new rules that are coming down through the federal government that would allow large employers to provide health reimbursement accounts to their employees to pay for insurance, which is new – they could release certain segments of their population to purchase on this market. And, those folks would not be eligible for subsidies, because they’ve got their employer dollars in-hand.

The upshot is: There’s a market shift. The individual market grows exponentially, the small-group market collapses. The estimate Milliman gave us in the worst-case scenario is that 60 percent of the market would migrate to the individual market. At that point, the 40 percent that remains goes into what, in the insurance world, is called a ‘death spiral.’ The risk pool starts to shrink in a way that makes it impossible to insure it effectively.

SG: But this could be true or it could not be true anymore based on the amendments. Correct?

MJ: The amendments to the House bill actually make it worse. And we have not had time to take a look at the impact in terms of the Senate bill.

SG: Is that study available online?

MJ: It is not available online.

SG: Is there anything else you want to add or talk about?

MJ: We understand that affordability matters to people. And everything that we do is geared toward making sure that we can help people get the right care, at the right cost, at the right time.

We try to negotiate, on behalf of our enrollees, with providers and hospitals. And the rates that we get are the best we can get. And then, as a matter of law, we’re required to price our health plans. That includes accounting for what we’ll have to pay to providers. And that’s based on the prices that they’re charging us.

Again, it’s important for everybody, when we’re in the middle of this very difficult conversation, to remember that the underlying cost of care is what’s driving the cost of coverage. It’s not an arbitrary decision by any of the folks involved in the health care community – the providers, the hospitals, or the insurers – to try to charge more than they should. Providers and hospitals, we think, are trying to charge what it costs them to do business. And we negotiate the best prices we can with them. And then we pass those savings along to our customers.

This interview was edited for length and clarity. It was also cross-posted at our sister site, State of Reform. 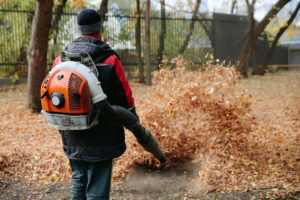 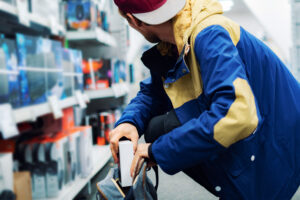